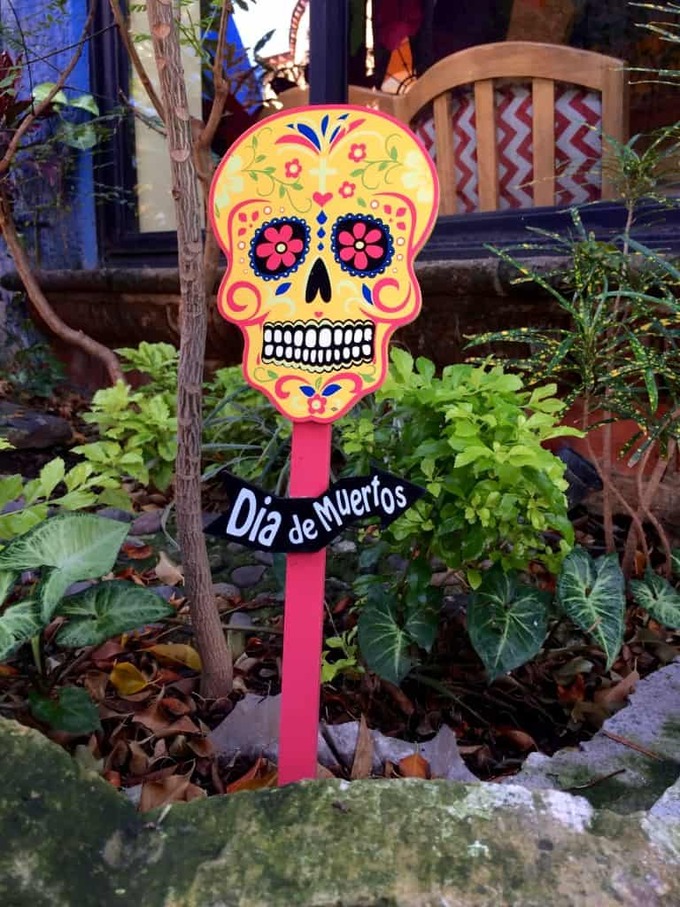 You’ll see decorations like this all over Mexico in anticipation of Dia de los Muertos.

I’ve just returned from two amazing weeks in Mexico, and everywhere I went, everyone was preparing for “Dia De Los Muertos”–the Day of the Dead, a national holiday celebrated each year on November 1-2 throughout Mexico, as well as many parts of Central and South America, Europe, Asia, and now regions in the US and Canada where you may find a significant number of Catholic Mexican immigrants who honour All Saints and All Souls Days in the Mexican tradition. 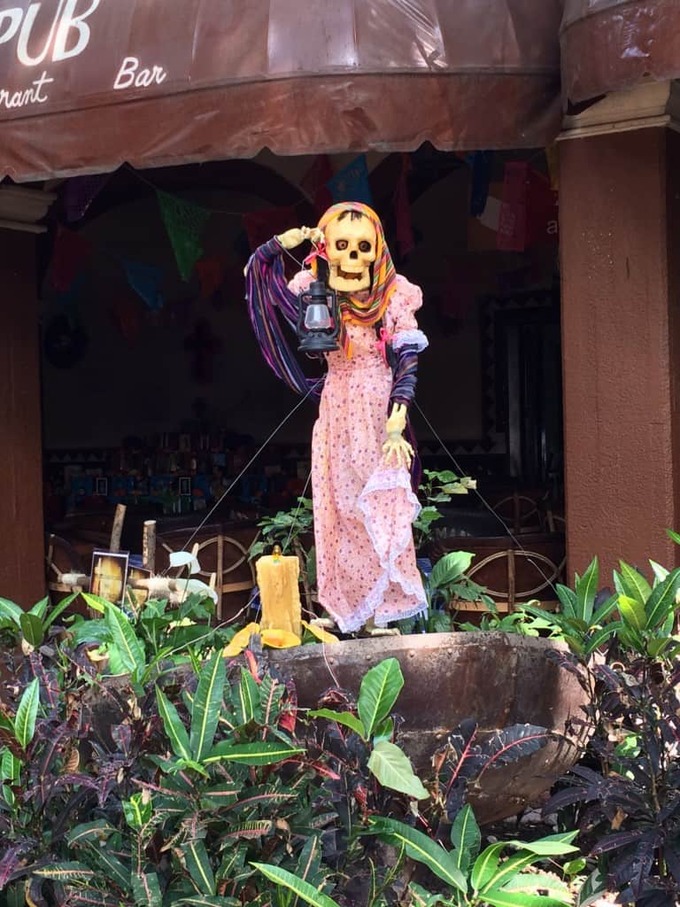 You will find Day of the Dead decorations everywhere in Mexico.

Even when I’d visited Mexico in May, I saw an abundance of Day of the Dead imagery and things you could buy. But come late October, the festivities kick into high gear and Dia De Los Muertos seems to be on the mind of everyone!

I learned from speaking to many Mexican friends that the celebration focuses on gathering with friends and family to pray for and remember those who have passed. It is not the morbid festival I had mistakenly thought. It is in effect, a perpetual celebration of life! 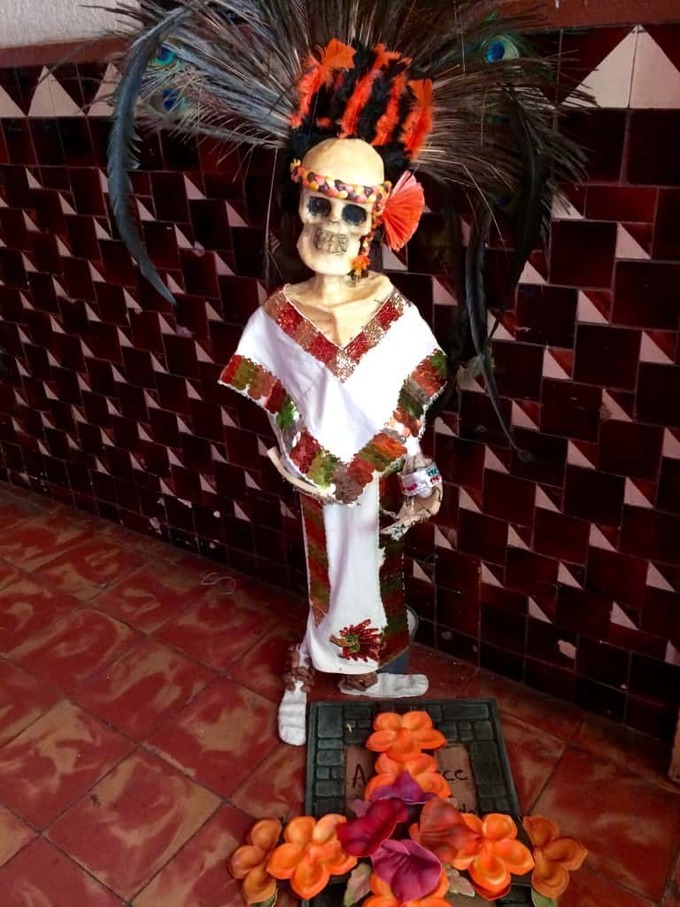 You will see images like this everywhere I’m Mexico throughout late October to early November.

Bright colours, smiling skulls, and innately adorned skeletons can be found hanging from trees, tucked into greenery and gardens, and everywhere else. There are parades and festivities, private and public. You celebrate as you choose to. But everyone participates and everyone feels refreshed by the celebrations. If someone passed and you didn’t have time or the opportunity to say goodbye, Dia de los Muertos gives you the chance to do so. If someone has passed and you parted without clearing away negative thoughts, the Day of the Dead gives you the chance to make amends. 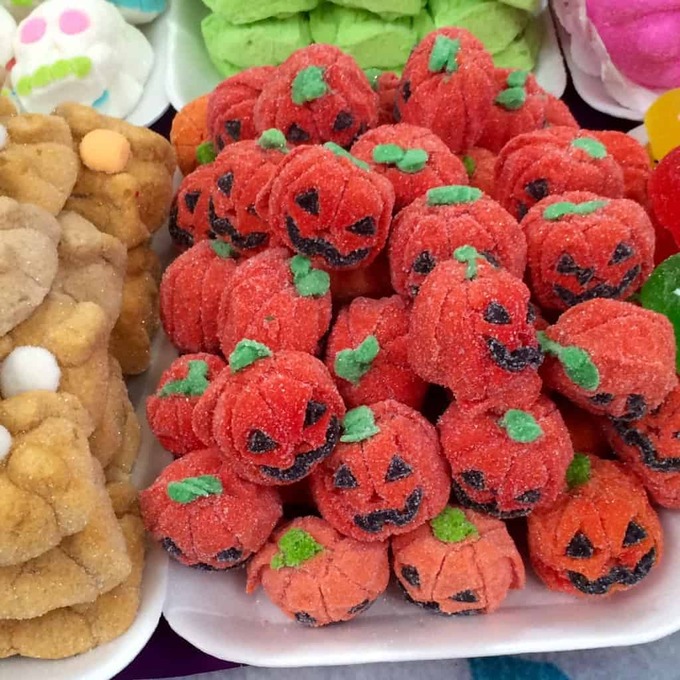 You will find all sorts of the Day of the Dead sweets available for sale in the local market in Merida.

Alters can be found everywhere adorned with candles, baked goods, fruits, alcohol, sugar skulls, and other sweets. I actually found it to be quite invigorating to witness the rising spirit of the people as they prepared for the celebrations in their own way. 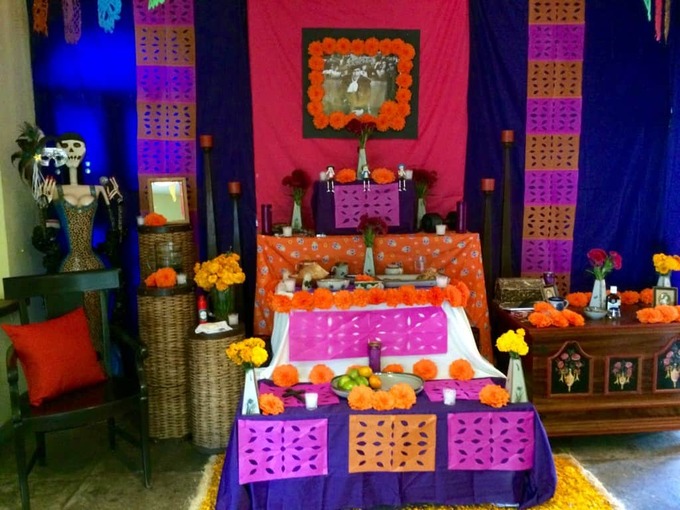 If you’ve never been to Mexico during this time, I would highly recommend it! Learning about, experiencing, and sharing local customs really does help you gain a better understanding of any country. Have you been part of any Dia de los Muertos celebrations? If so, please tell us about it.