I was really pleased with my quest for some great Missouri chocolate. Considering Branson is a small community of less than 10,000 permanent residents, they are very lucky to have an innovative chocolatier offering a very creative range of chocolate treats.

Chocolat Hand Crafted Artisan Chocolates is owned and operated by April and Shane Heaton, who in themselves, have a fascinating background. Shane is originally from British Columbia, Canada, and chief chocolatier, April, was born in Korea. April’s Asian heritage can be felt throughout the shop, which is stylish and somewhat Zen.

Her chocolates offer a wide range, from the playful (inspired by the fact that the Heaton’s have a young daughter who can often be found playing in the shop) to the serene. I would have liked to have seen more dark chocolate offerings, but April confessed that it’s been a hard sell converting the sweet tooth of Branson residents and visitors from milk to a darker chocolate.

Even the dark chocolate at Chocolat at 60% cocoa is not quite dark enough for me. But that’s not to say I didn’t like it most of it. I was inspired by April’s playful approach to chocolate and you can’t help but feel good when you’re admiring the playfulness of her creations. There are gourmet Smores, a variety of chocolate covered pretzels, and about 20 varieties of Bella rounds that sell for just $1. So a trip to Chocolat won’t break the bank! 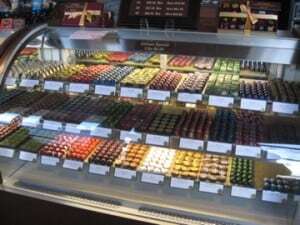 The artisan chocolates at Chocolat in Branson.

A word of caution: I find the Mayan variety of Bella Bar to be much too peppery for my taste. The packaging says “an infusion of spicy chile and cinnamon in dark chocolate.” I could hardly taste the cinnamon and the chile pepper was far too hot for my taste, but for the most part, I’m not someone who likes chile with my chocolate unless in a mole sauce.

If you’re looking for truffles and moulded chocolates, there are some beauties to try. (No less than 56 varieties to tempt you on the “artisans” page of their website!) April truly is an artisan when it comes to creating beautiful chocolates and Shane has done a nice job at creating the travel-friendly packaging that help you get the chocolates home without damage.

Speaking of travel, I made the nearly four-hour drive from Branson to Kansas City, Missouri to meet another great chocolatier. Christopher Elbow has won a place in my heart.

His fleur de sel dark chocolate turtles are totally amazing, and sold in towers of six. I had bought some to give away as gifts, but I can assure you … they didn’t make it into the hands of anyone else (other than my husband and friend who had accompanied me on the trip to Missouri and were treated to a taste.)

Christopher Elbow is quite the perfectionist, and knew his calling from a young age. “I wanted to be a chef since I was a very little boy. While other kids were watching cartoons, I was watching cooking shows,” he told me with a smile. After several years as a chef, his attentions turned to the pastry side of the business and eventually … to chocolate. 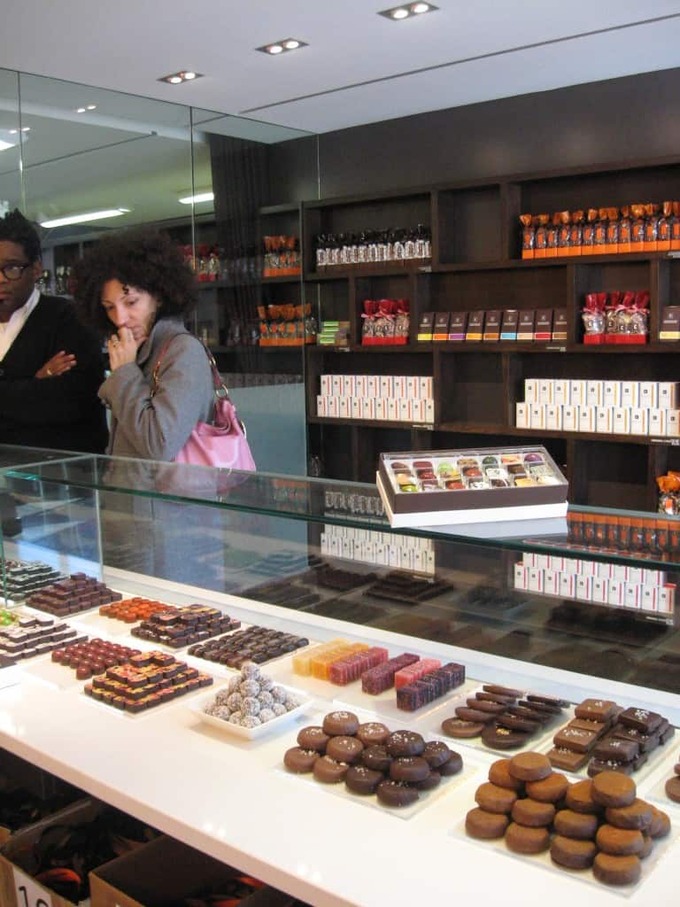 He is now an award-winning chocolatier with Christopher Elbow Artisanal Chocolate shops in Kansas City and San Francisco. Chris’s wife, Jennifer Elbow is a professional designer and designs all of Chris’s packaging–a reversal of roles with the Heatons of Branson. 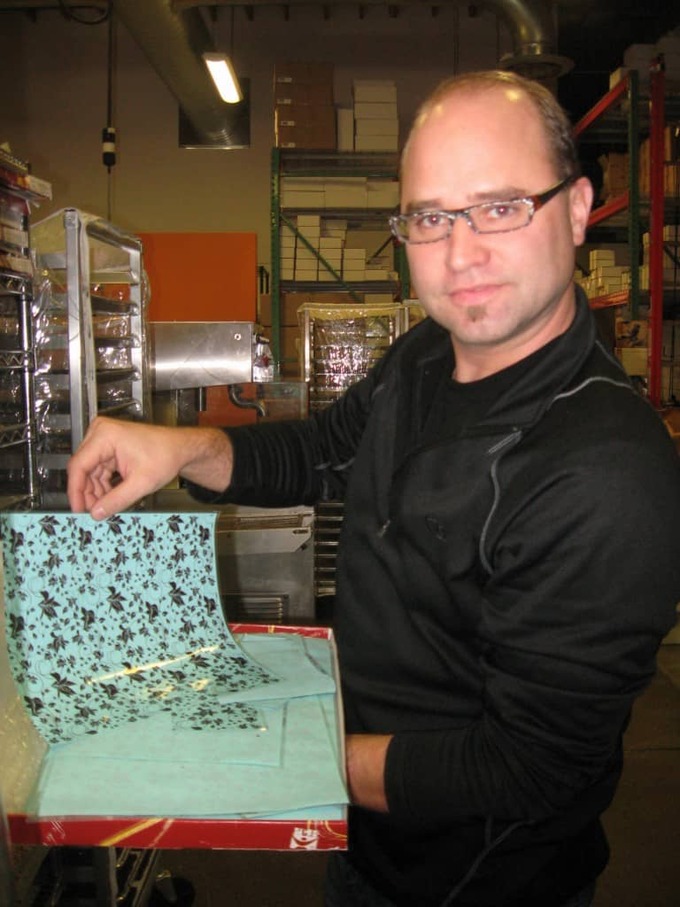 Christopher of Christopher Elbow Chocolates is a true master in the art of chocolate making.

I pretty much loved every type of chocolate Chris shared with me. He uses a 70% dark Venezuelan and a 64% Madagascar in his chocolates so they are rich and intense without being sweet.

I wish I’d had more time in Missouri as I didn’t have time to meet its two bean-to-bar chocolate makers: Shawn Aksinosie of Springfield or Alan McClure of Patric Chocolate in Columbia. A return visit is definitely in order as there is also much more to Kansas City that I’d also like to explore.

If you’re from Missouri, tell us about your favourite chocolate. If you’ve been to Missouri and have some experiences you’d like to share, please do!