For those of you who are unfamiliar with the province of Manitoba, Canada, you may not have heard of the Interlake Region. So it is even more unlikely that you’ve heard of Chatfield, a tiny community 79 miles northwest of Winnipeg (just past Inwood along Highway 17.) The highlight of the community was the Chatfield Park of Souvenirs Museum previously run by Alfred and Gerry Johnson. I understand that Al passed away in 2012 and that the museum is not currently operating. Hopefully, that will change as it truly is a gem. 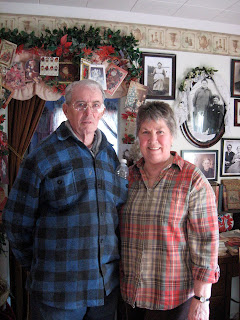 This friendly couple used to live in the museum, surrounded by hundreds of artifacts from the last century, ranging from a room full of quilts, to antique sewing patterns, a collection of butane lighters and smoking paraphernalia and an entire granary filled with more than 3,000 hand-embroidered hankies. You’ve got to see it to believe it! (No website but they are listed on the Manitoba Historical Society’s site. Try calling (204) 664-2157 to see if there is a possibility to visit. 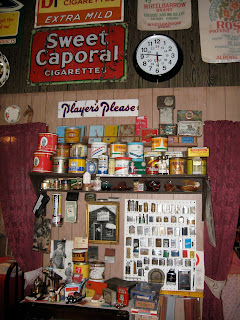 That’s an example of just one of the amazing and quirky things you will find throughout the Interlake, the land of “inland oceans” named so because–for the most part–the Interlake is the region that lies between Manitoba’s two largest lakes: Lake Winnipeg and Lake Manitoba. The Interlake runs from St. Andrews along the Red River in the south, north to Matheson Island (north of Hecla Island on Lake Winnipeg.) It is a large area with a myriad of activities and highlights that in some way or other celebrate the nautical dominance of the region.

Pretty much everywhere in the Interlake is within minutes of water. Usually that is a good and positive thing. (I am a water baby and that is why I choose to live here.) But in the spring when the ice is melting off the lakes and the water level of the rivers is high and overflowing some banks, there can be fear of overland flooding. The water levels vary from year to year, and sometimes there are threats of drought, sometimes we’re dealing with threats of flooding.

Despite the fact that I’ve now lived in the Interlake since 2007, I still haven’t seen it all. These places still remain on my Interlake Bucket List:

I think you can tell. I’m pretty proud of my area — which happens to be the very same area that all four of my grandparents settled on their entry from Ukraine more than 100 years ago. It’s nice to have returned to my roots.

How about you, and the place where you live? Do you have a deep sense of connection to it? Are you immensely proud of something (or the people) of your region? If so, tell us about it/them so we can all make some travel plans to discover new gems and share some special moments.

It’s all about being grateful for who and where you are. Being in the moment and embracing it. That’s my thought for the week. Hope to soon see you in the Interlake or somewhere equally special …