swept away in the WAVE Interlake Artists’ Tour

I make it a habit on this blog to devote at least one post per year to my own backyard — Manitoba’s Interlake region. And there is no better time to salute the Interlake than during the semi-annual WAVE Interlake Artists’ Studio Tour.

If you live in Winnipeg or near the Interlake and haven’t yet been to the self-guided WAVE Interlake Art Tour, you’re really missing out. Each year, during the second weekend of June and the September long weekend, painters, sculptors, potters, metalworkers, jewellery and clothing makers, photographers, and creatives of many disciplines open their homes and studios to the public so that we can see where they work, how they work, and what inspires them.

I am fortunate to know many of these amazing people personally, but had only been to the studios of a couple of them. I found it really insightful to be able to see their work displayed in the space in which it was created. Now I know why people I know get a kick out of seeing my office and the place where I write my books and articles.

On a previous visit, I began my journey at the northern end of the WAVE tour with a visit to Loch Wood Estates and the Blue Door Studio of Marlene Van Helden, a writer, painter, and stained glass artist. I love Marlene’s stained glass fish made of bubbled and tempered glass and adorned with metal fins. 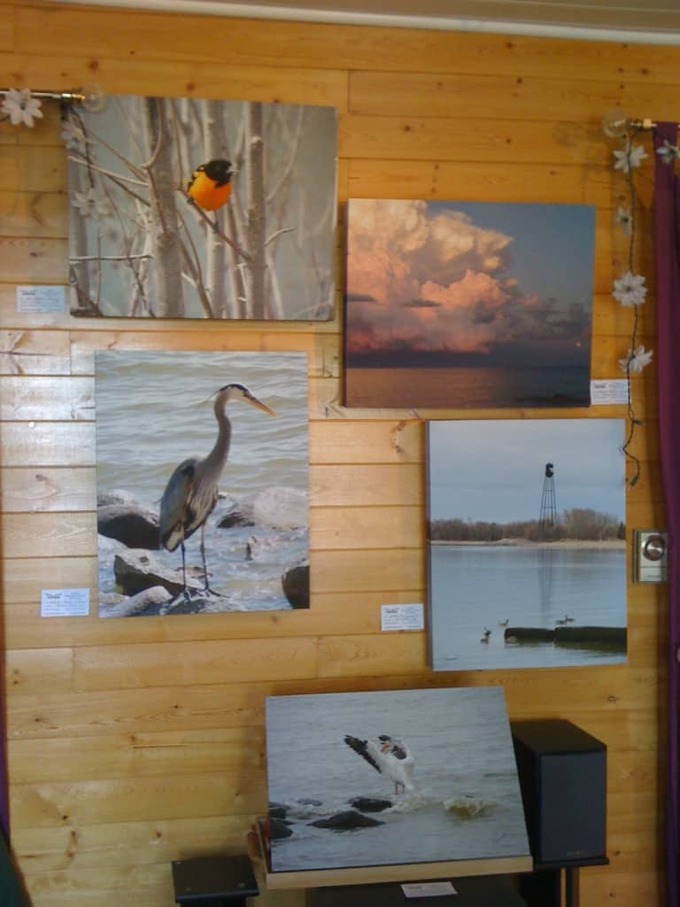 Linda Dorian of Sandy Hook is the photographer known as Raven

I also visited the home of Sandy Hook photographer Linda Dorian, who goes by the professional name of Raven. Linda is one of the most incredible photographers I’ve ever met. And why shouldn’t she be? The world is her canvas, so to speak. Linda lives on the shores of Lake Winnipeg in Sandy Hook and spends hours just watching wildlife and nature from her beautiful beach-front home. No one else captures local wildlife, flora, and fauna better than Raven. If you are a pelican fan as I am, look for Linda’s pelican prints and cards. They are delightful! 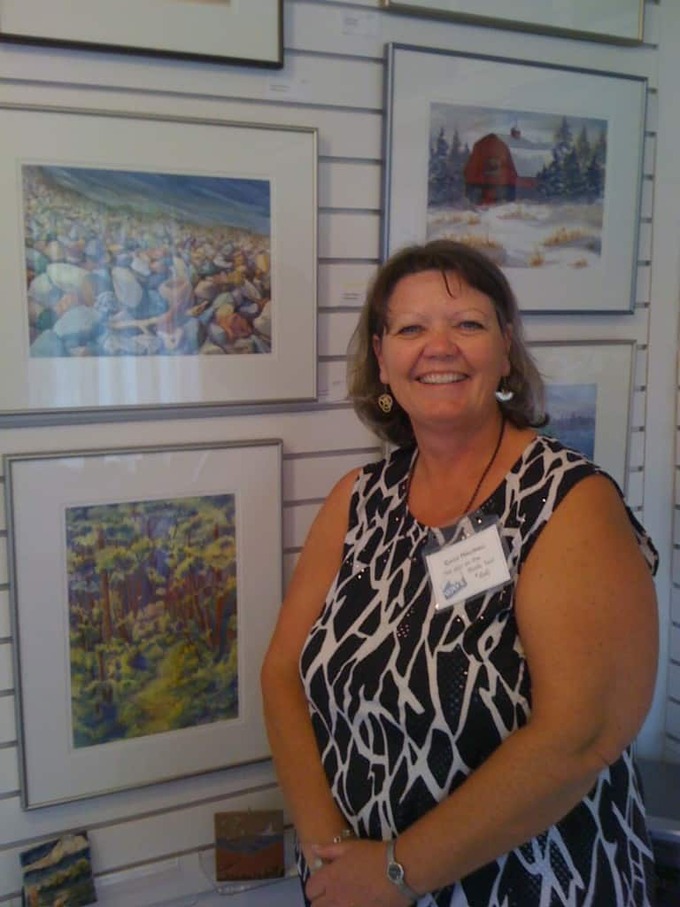 I was also impressed with Studio 410 in Winnipeg Beach featuring the work of artist Gayle Halliwell. I know Gayle to be a delightful person and a very talented artist. I like the way she explains her motivation and technique for each piece of art. It gives visitors the opportunity to get inside the head of this highly-creative individual.

That’s just a snapshot of some of the stops I’ve previously visited during the annual WAVE Interlake Artists’ Studio Tour. The 2015 WAVE tours will run Saturday June 13 through Sunday June 14th, and again on September 5th-6th from 10 until 6 pm.  Do yourself a favour and ride the WAVE. If you can’t make it, spend some time perusing the WAVE website. It profiles the various artists. You can make future appointments to visit them in their studios, and you can order custom artwork from any of them. Such talent, right in own own backyards!