I hope you’re up for some fun today! We’re visiting TCHO New American Chocolate as part of our continuing Chocolatour through San Francisco–and now Berkley, as TCHO moved to Berkley on the east shore of San Francisco Bay following my visit to their downtown San Francisco factory location–a roughly 45-minute journey. 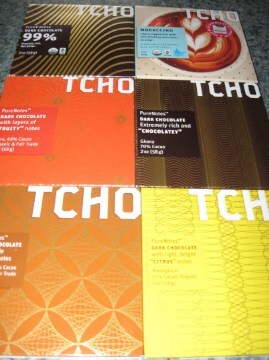 I first tasted TCHO chocolate in 2012, and was equally impressed by the presentation (the look and feel of the packaging and the information provided on it) as I was by the intoxicating flavour of the chocolate itself. Whether you’re a purist, and just want to taste pure, unadulterated dark chocolate or you’re feeling playful and want to have some fun with your chocolate, TCHO has something for you.

I love TCHO’s Peruvian and Madagascar varietals, as you know from reading this blog that I am partial to the bright and fruity notes of chocolate that is on the acidic end of the taste spectrum. Both these TCHO flavours absolutely wake up all your chocolate-loving taste buds in a very vibrant fashion. TCHO’s Ecuadorian and Ghana chocolate are delicious as well, but in a smoother, more subtle way.

TCHO (pronounced CHO and a play of the first syllable of ‘chocolate’) also makes a nice milk chocolate for those of you who are not fans of dark chocolate. And I love their Mokaccino bar — a delightful marriage of locally roasted Blue Bottle coffee and TCHO’s Classic milk chocolate. But new for 2013 is the addition of three wild and crazy flavours that we had the opportunity to taste with chief chocolate maker, Brad Kintzer during our 2013 Chocolatour of San Fran. 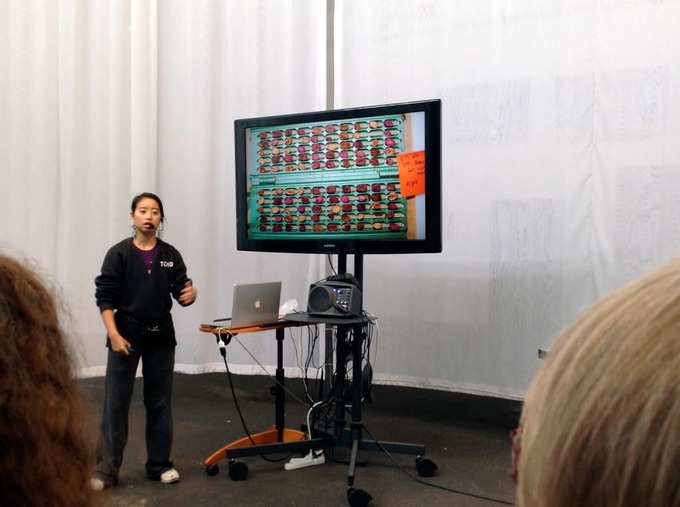 TCHO offered free public tours and private chocolate tours at a cost at their San Fran location. Tours at the Berkley location are not currently operating.

TCHO Chocolate used to offer short and snappy public tours of its chocolate factory located at Pier 17 on the city’s waterfront. The tour begins with a slideshow and explanation of the cacao-growing process and how cocoa becomes chocolate. TCHO sources its beans directly from cocoa farmers in Madagascar, Peru, Ecuador, and Ghana, and Kintzer actually goes to each location and roasts the beans at the origin where they were grown. The roasted beans are processed into pure chocolate liquor, and in a period of between three weeks and three months (depending on where the beans are coming from ) that arrives in San Francisco by ship and is then made into chocolate for consumers and couverture for commercial chefs.

TCHO Chocolate has put an emphasis on teaching the farmers how to grow the cacao, and how to properly ferment the beans in order to optimize the chocolate flavour they produce. But Kintzer doesn’t trust the roasting process to anyone else at this point in time. This man really loves chocolate and takes great pride in producing the purest and most perfect chocolate possible. 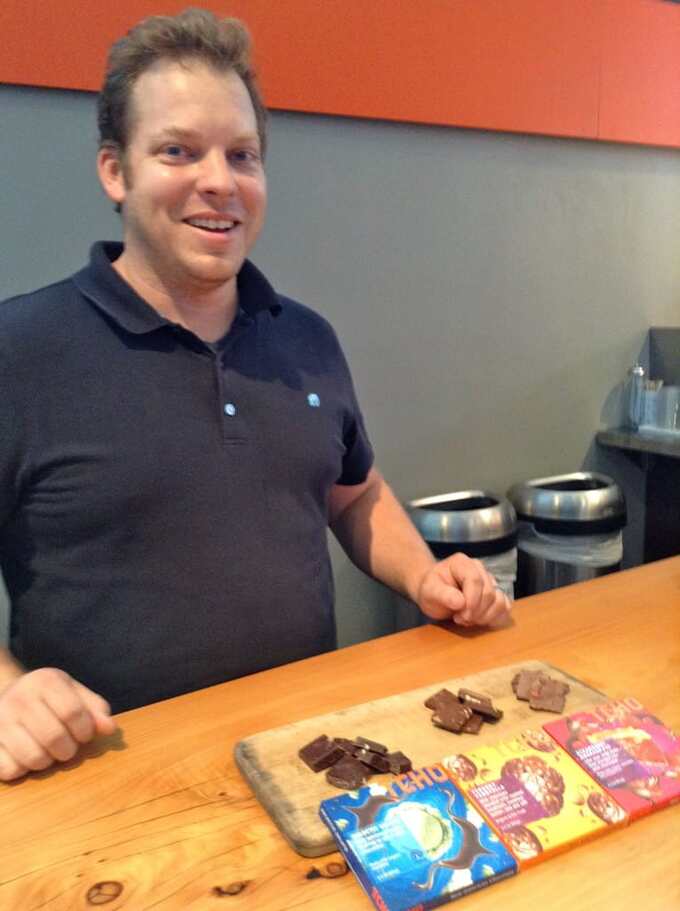 But that doesn’t mean he’s always serious about it!  On October 1, 2013, TCHO released three new flavours that Kintzer dreamed up to appeal to the playful child in us for times when you just want to have some fun. Galactic Gelato combines 62% organic, fair trade chocolate with a mint gelato made by local favourite Gelateria Naia. Strawberry Rhubard Pie really does taste like its namesake, but is made from South American cocoa mixed with organic strawberries and chunks of organic pie crust. Sounds strange, but it really is good! And the TCHunky TCHOtella blends South American cocoa with organic roasted hazelnuts from Piedmont, Italy, and a touch of sea salt to create TCHO’s tribute to gianduja (called gianduiotto in Italy and profiled on this post.

Presently, TCHO only ships within the USA, but maybe if we non-US residents put the pressure on, they’ll begin sharing the delicious line of TCHO chocolate products with those of us north of the 49th parallel.

Since originally writing this post, I learned that TCHO moved their factory operation to Berkeley, California, from San Francisco. Please see their website for details and updates.