I’ve learned–since embarking on my chocolate travel research in 2009 –that great chocolate can be found just about anywhere. I admit to being surprised when a friend returned from Iceland and sent me some excellent chocolate from a popular artisan chocolate maker. I’ve since learned that there are others, making Iceland a destination I’d definitely like to include in my research for Chocolatour and my quest for the best artisan chocolate in Iceland. 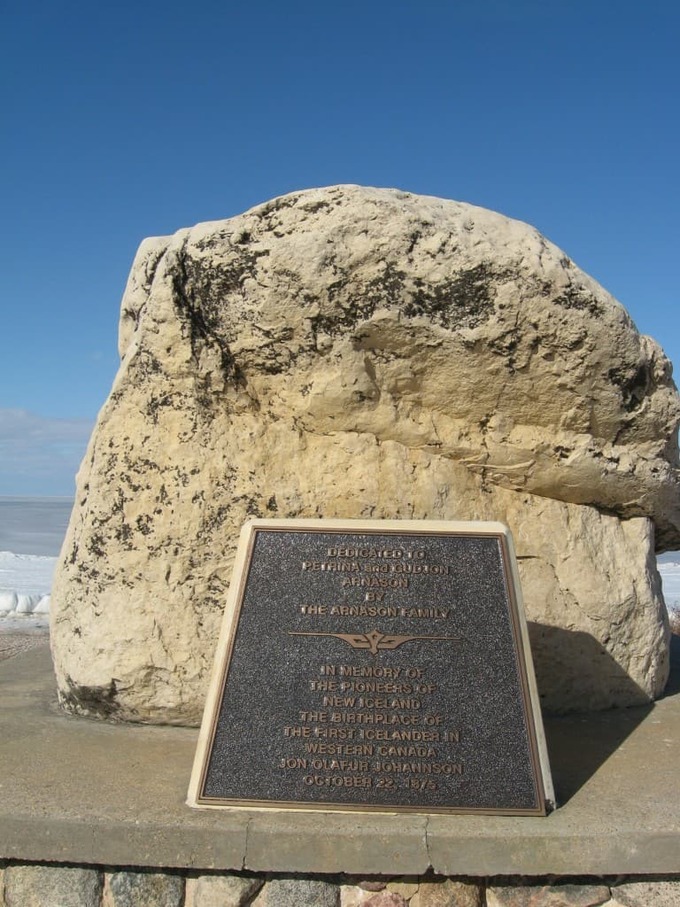 This cairn on Willow Island is a tribute to the landing of the first Icelanders in Manitoba in 1875.

But I’d first gained insight into the wonders of Iceland and its fascinating history via the New Iceland Heritage Museum located in Gimli, Manitoba, Canada, just 20 minutes from my home. The museum has a comprehensive exhibit depicting the arrival of the first Icelanders to Willow Island–near what is now Gimli–back in 1875. 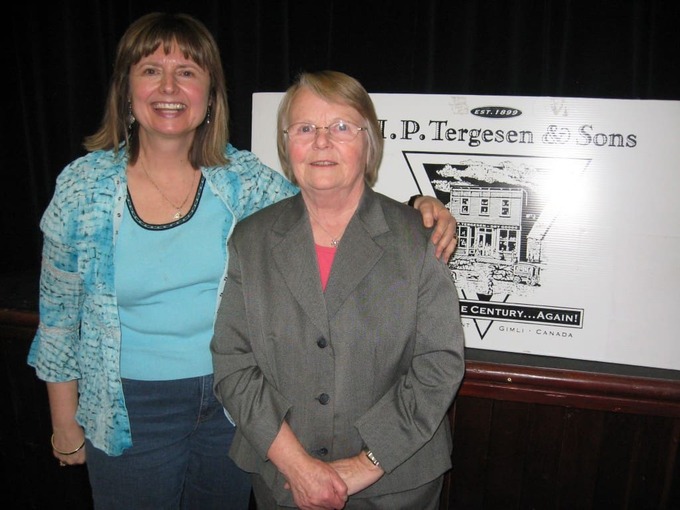 Lorna Tergesen (right) is a great friend to local authors including yours truly. The bookstore in Tergesen’s has a great selection of books by local authors as well as Icelandic authors.

But let’s get back to the chocolate.

I included HR Chocolate of Reykjavik in the first volume of Chocolatour: A Quest for the World’s Best Chocolate as I was impressed with the creativity of master chocolatier, Haflio Ragnarsson who is also the creative force behind Mosfellsbakari, a top rated Icelandic bakery on TripAdvisor. 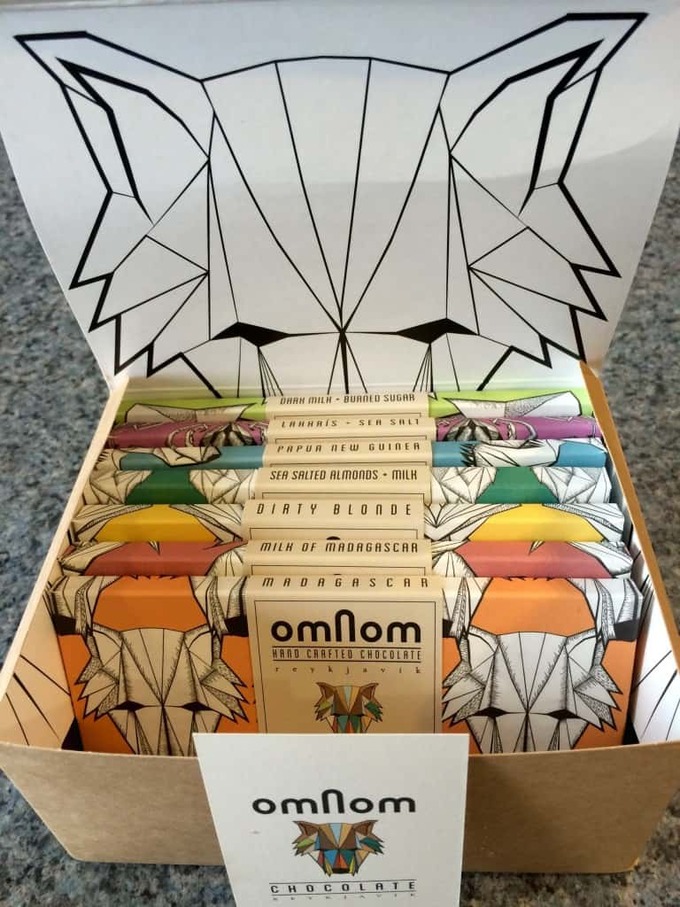 Om Nom Chocolate of Reykjavik, Iceland, makes an excellent assortment of bean-to-bar chocolate and is another example of the great chocolate in Iceland.

And more recently, I had the opportunity to taste test the selection of artisan bars made by bean-to-bar chocolate maker Om-Nom Chocolate of Reykjavik. What a delight! And what great packaging. Very colourful and creative.

Om Nom works with cocoa beans from exotic destinations such as Madagascar and Papau New Guinea. I love chocolate made of beans from Madagascar, so it was no surprise that I really enjoyed Om Nom’s. The one flavour I didn’t particularly like was the one made with Icelandic liquorice. I suspect that is an acquired taste!

The company that is best known for Icelandic chocolate is Noi Sirius, Iceland’s leading confectionery manufacturer. They are not a small batch artisan chocolate maker, but rather, a large, well-established company that has earned the love and respect of Icelanders throughout the country. I think I’ll have to check them out.

Have you been to Iceland? What has most impressed or inspired you? Have you used the Guide to Iceland? Did you find it helpful? I look forward to the discussion. Walking the halls of the Lakeview Resort in Gimli–where a menagerie of Icelandic vistas is on display–has certainly piqued my interest in this Nordic country. 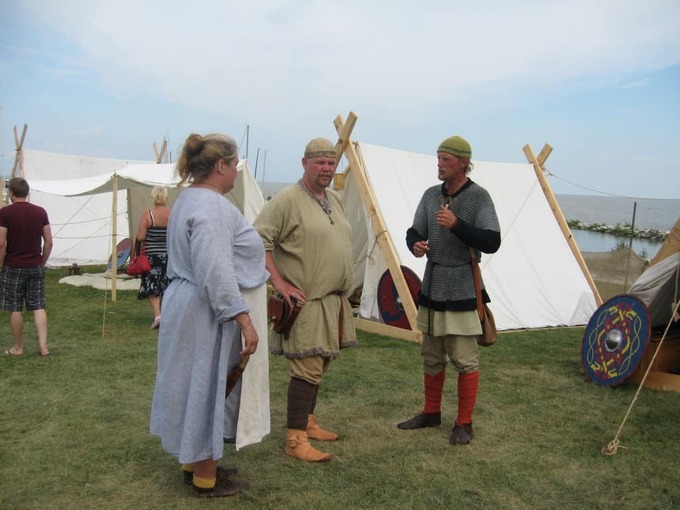 Become immersed in the re-enactors at the Gimli Icelandic Festival, a tribute to the heritage and history of the Icelanders who came to Canada.

Until I can arrange a visit, I’ll have to be satisfied with my annual trek to Islendingadagurinn, Gimli’s Icelandic Festival. Hope to see you there–or in Iceland!