Paris: the good, the bad and the ugly 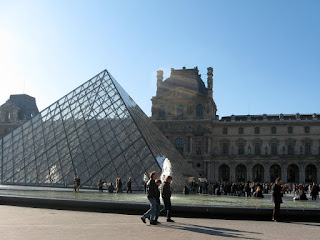 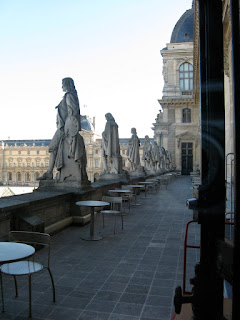 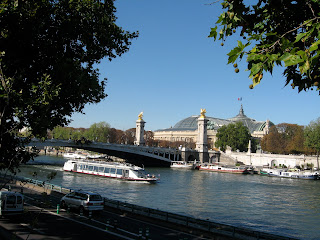 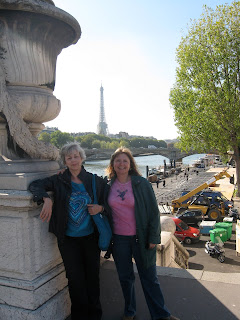 OK, I’ll admit it. There is nothing too ugly about Paris. It is truly a beautiful city. But at least I got your attention.

I’ve been struggling with this post because I do have mixed feelings about Paris, and I’ve been trying to figure out how to say what I need to say without being rude, crude or unfair.
Let’s start with the positive. Paris is bold and beautiful. There is nothing understated about Paris. Nothing that is subtle or untapped. Being someone who loves boldness — in style, flavour, people and architecture, I liked that about Paris.
In fact, referring back to my notes of Oct 13, 2009, I say, ” I am liking Paris better than I thought I would. It is charming, with lots of lovely old architecture and great style.”
It’s true. I did come to Paris not expecting to like it. And that is surprising for some to learn, as they think I am generally too positive in my observations of a place and too glowing in my reviews. But being an innately positive person brings that out in me. I look for the good in everything I do, in every place I go and in every person I meet. I never intentionally overlook the bad, but I never dwell on it.
However, as a journalist and an intently intuitive and observant person, I cannot overlook what I have seen and what I have felt. There is truth to the stereotype that the French are arrogant. I did not see smiling faces on the streets of Paris. I did not feel a sense of warmth from its people. We did not receive help from them when needed, even after politely asking (in French) on more than one occasion.
Coming from the Canadian Prairies, and specifically “Friendly Manitoba” where we deliberately go out of our way to help neighbours and strangers alike, this lack of overt compassion for one’s fellow man or woman made me feel uncomfortable in Paris. Yet I enjoyed the city, the quality of its museums, restaurants and other attractions.
I’ve visited quite a few world-class museums and art galleries (the Guggenheim in Bilbao, the Prado Museum of Fine Art in Madrid, the Metropolitan Museum of Modern Art in New York City, the National Gallery in Ottawa and the Gehry-infused rebirth of the Art Gallery of Ontario in Toronto are a few of my favourites.) But I was blown away by the magnificence of the Louvre.
If you go to Paris for but one reason, let it be the Musée du Louvre. The physical presence of this massive institution of art treasures is completely overwhelming. Parts of the main structure were built in the late 12th century, but this location did not become a museum until 1793. The newest addition — built in the shape of a glass pyramid — forms the new entrance to the Louvre and was opened in 1989. There was certainly some controversy about combining modern architecture with old, but I think it works. It was amazing to see an Apple store, Virgin books & records and other indicators of ultra-modern life located within the confines of the Louvre. But they’re there. And it works, providing visitors to the Louvre with every imaginable shopping opportunity.
We spent a full day at the Louvre and had to move like the wind to even catch a glimpse of all there is to see. You can see much of the museum’s exhibits and learn about its past, present and future online at: http://www.louvre.fr/llv/commun/home.jsp?bmLocale=en
In line with the recommendations made in Frommer’s “Paris day by day” guidebook (which we found very useful) we had lunch at the Café Mollien and liked it immensely. The views from this cafe are stunning, and if you are visiting from May through September, the outside terrace is open for you to enjoy.
Paris is filled with outdoor places that enable you to bask in its beauty, and we did take one full day to stroll along the Seine, the Champs Élysées and past the countless statues of beauty you pass with every breath. But with the city being so big and our time short (3 days, 4 nights) we spent too much time hurrying in and out of dark underground Metro stations and not enough time sipping coffee or fine wine in the light of the sun. C’est la vie.
We were fortunate enough to have accommodations at the lovely Le Meridien Montparnasse, part of Starwood Hotel’s global network of properties. The location was convenient, with two Metro stops within steps, many restaurants within easy reach and a safe and peaceful place to retreat to every evening. Find out more about the hotel at: http://is.gd/4ZgB4.
With all that good, you’d think I could overlook the bad. And I may have. But unfortunately, our departing moments from Paris were the worst.
Our cab dropped us off at the railway station so that we could catch the train to Provence. On exiting the cab we were overwhelmed with the stench of urine. It took my every effort to refrain from heaving. This is completely unacceptable for a world-class city so very full of itself.
And on our departure, we boarded the wrong train! There were no staff available to ask (and none to help with our heavy luggage.) Train departures were not posted to gate numbers until about two minutes prior to departure. Try running with heavy luggage in tow. We asked someone who looked like they knew something which train was heading for Aix-en-Provence and were pointed in the direction of the train we boarded. Turned out to be the wrong train. Read next week’s post to learn more about our French adventure.
And in the meantime, don’t refrain from commenting. I’ve love to hear about your own adventures in Paris.
Share
Tweet
Pin
Share