It’s funny how Branson, Missouri, reminded me of two of North America’s raciest cities–Las Vegas and New Orleans–because Branson is far from racy. It’s rather the opposite and unquestionably driven by pure-hearted religious forces. You’d be pretty hard pressed to find the seedy side of life in this small, wholesome American city that is home to just over 11,400 people. There are massive churches everywhere–primarily Baptist and Methodist. No casinos. No chicken ranches (brothels) although it is home to one giant chicken! 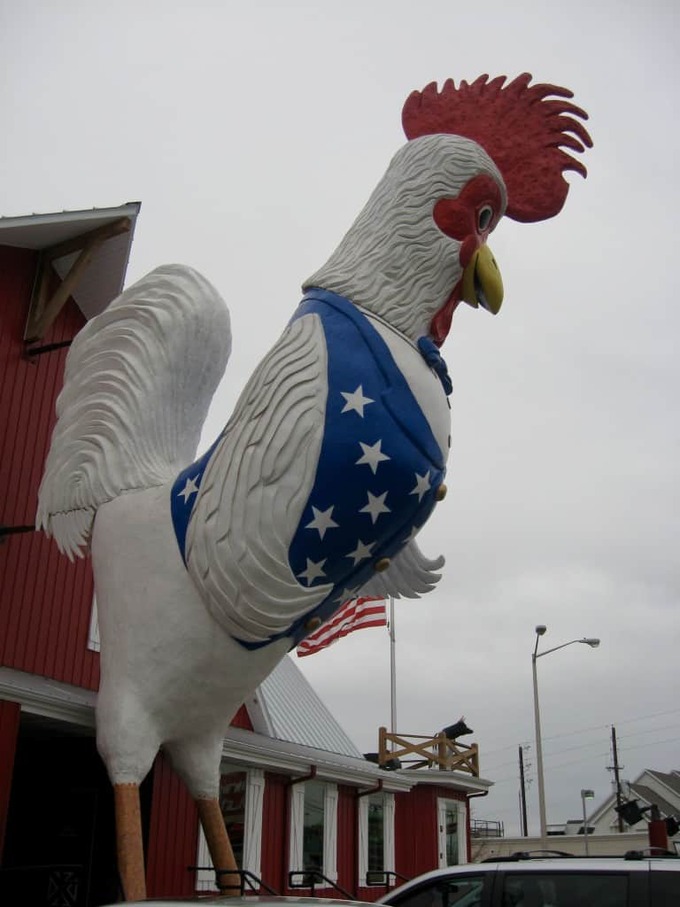 You’ll find this massive rooster at the Great American Steak and Chicken House in Branson, Missouri.

Yet, Branson is filled with neon lights and endless stage show entertainment reminding the visitor of nights on the strip in Las Vegas. (Perhaps it was more so because we visited during the holidays and Branson is very big on Christmas and Christmas lights.)

A salute from the Santa at Branson Landing

But the fact that you can find performances going at any hour of the day, and free spontaneous entertainment at any eating venue in the city really reminded me of New Orleans and made me pinch myself several times throughout our week-long visit. Just where were we, and how did we find ourselves in Branson, Missouri?

It was my husband’s choice. We take turns choosing vacation destinations and Branson was his choice. He’d heard there was good live entertainment at reasonable prices. And he was right! I’m told there are 100 choices for live entertainment daily in this tiny city. It’s no surprise that Branson hosts approximately 8 million toe-tapping visitors each year. There is lots to do, and much of it won’t cost you a bundle.

there are many entertainment options in branson missouri

Country music is prevalent, with a heavy dose of gospel thrown in. With music greats like Elvis Presley and Ray Charles having gotten their start in gospel, it’s no surprise that Elvis and Ray Charles impersonators are big draws in Branson. We took in the Legends In Concert show at the Dick Clark’s American Bandstand Theater. It was fabulous! As a huge fan of Alan Jackson, I especially enjoyed the performance of Doug Brewin, who didn’t miss a beat in his well-executed tribute to Alan Jackson!

We also enjoyed the Legend of Kung Fu production, which featured a troop of 65 dancers and acrobats from China who had performed during the Bejing Olympics and were definitely worldclass. (Click on the link to see online video clips of the production.) Reg and his friend Neil really liked the intimacy in the smaller “Little Opry Theater” used for the Tribute to Marty Robbins (which they thoroughly enjoyed) while I ate chocolate at a local chocolate shop. Yes, I found some terrific chocolate in Missouri! Thanks to Explore Branson for providing us with tickets to the attractions we visited.

Just as there is a wide range of entertainment options in Branson, you will also find a good range of accommodation options. The Chateau on the Lake Resort and Spa is a lovely place to stay right on the shores of Table Rock Lake. This would be my choice for my next visit to Branson, as I love the setting and ambiance. 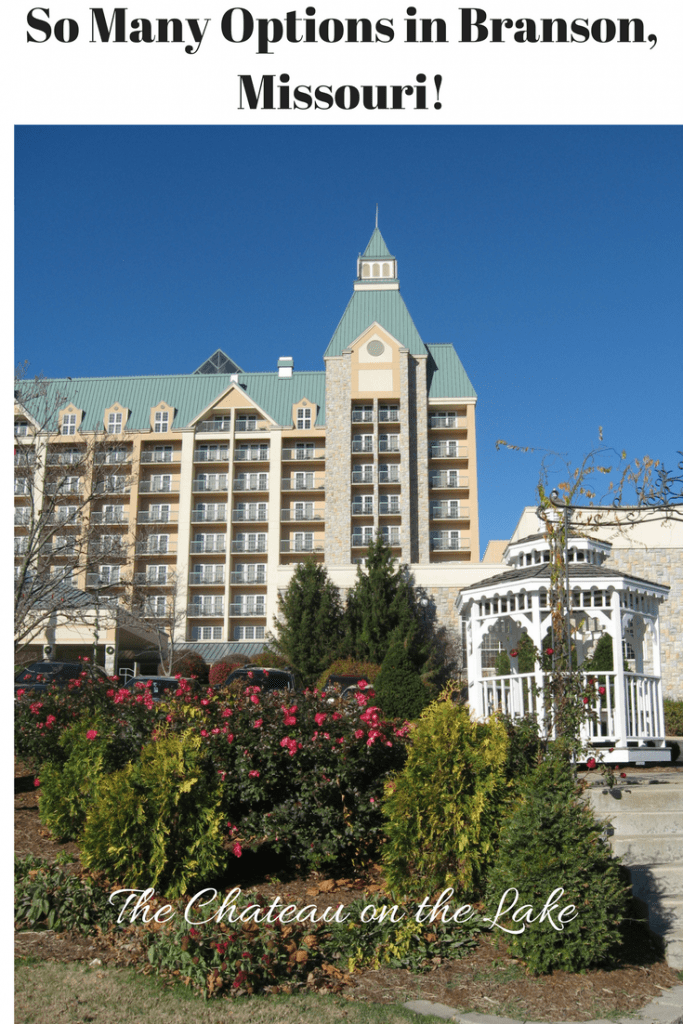 The Chateau on the Lake Resort and Spa is one of the fabulous accommodation options in Branson, Missouri.

We had the pleasure of staying at the Wyndham Branson at the Meadows resort as I had a Wyndham timeshare. It was a terrific facility, and thanks to reviews on Trip Advisor, I had requested a top floor suite which gave us great views of the Ozark Foothills and lessened any noise from neighbouring suites. The atmosphere at the resort was very laid-back, just like the rest of Branson. No high pressure sales tactics like we’d found on our previous Wyndham stay in Orlando. After that experience we were almost ready for a timeshare exit, but ultimately decided against it for the time being.
Have you been to Branson? If so, please tell us about your experience. What did you like or dislike most about this unique destination?