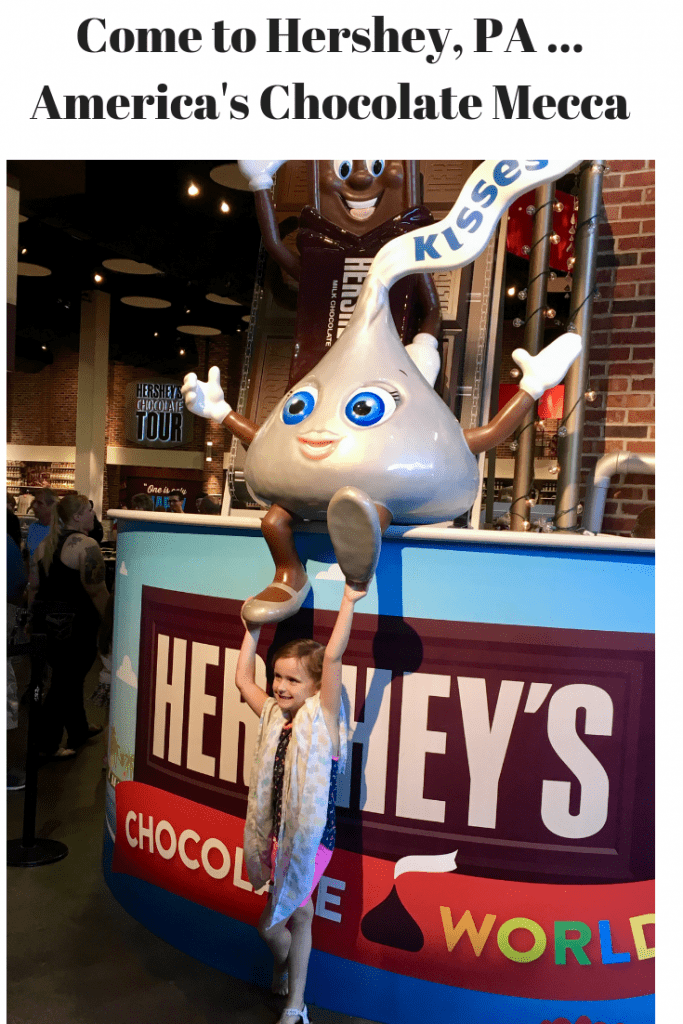 The Hershey’s Kiss chocolate confection has come to be the icon of the Hershey Chocolate Company. You will find the Hershey’s kiss and every chocolate and candy product produced for sale and on exhibit at Hershey’s Chocolate World, a massive chocolate adventure land in Hershey, Pennsylvania.

For those who have never been to Hershey, in contemporary terms, think of it as the Las Vegas of chocolate (without the gambling.) Hershey is an escape. It can be anything you want it to be. In addition to Hershey’s Chocolate World, there is an amusement park with campground for families on a budget. There is an upscale resort and spa specializing in chocolate spa treatments and fine dining. There are manicured gardens complete with a butterfly atrium and cacao trees. There is an animal park (zoo). And there is a chocolate museum where you can learn all about Milton Hershey and his world of chocolate. 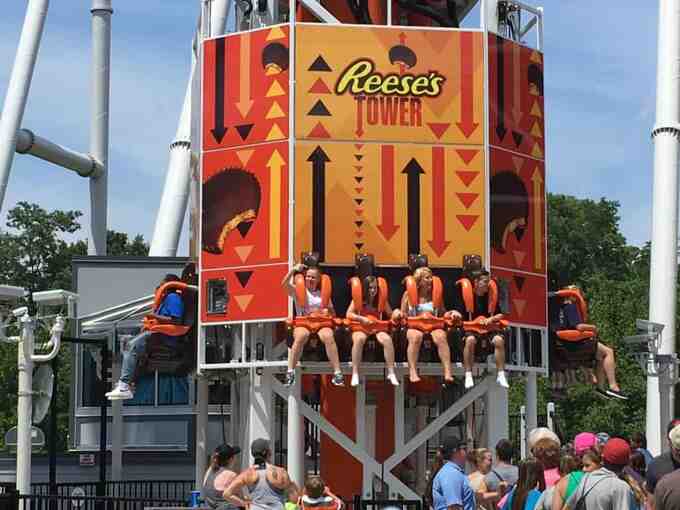 This crazy gravity-defying ride in Hershey Park is one of the most popular attractions with thrill seekers.

Chocolate snobs or connoisseurs may not be interested in the Hershey brand, as they may feel it is primarily just for kids. But I assure you–not only has the Hershey brand itself evolved to offering dark quality chocolate under its flagship brand. Hershey now owns Scharffen Berger, a well-renowned bean-to-bar company that spearheaded the American craft chocolate movement from its San Francisco beginnings in 1997.

And Hershey owns Brookside Chocolate, a division of the Hershey Company that specializes in chocolate covered acai and blueberries, as well as a terrific line-up of artisanal chocolate bars. So the range of products that Hershey produces under its expansive wings is quite incredible. More about that and everything else mentioned here in future posts.

In honour of Independence Day on the Fourth of July, this post was initially published as a salute to the enterprising American spirit. That spirit is brought to life in the story of Milton S. Hershey. He made chocolate affordable for the average American family during a time when chocolate had exclusively been consumed by the rich. 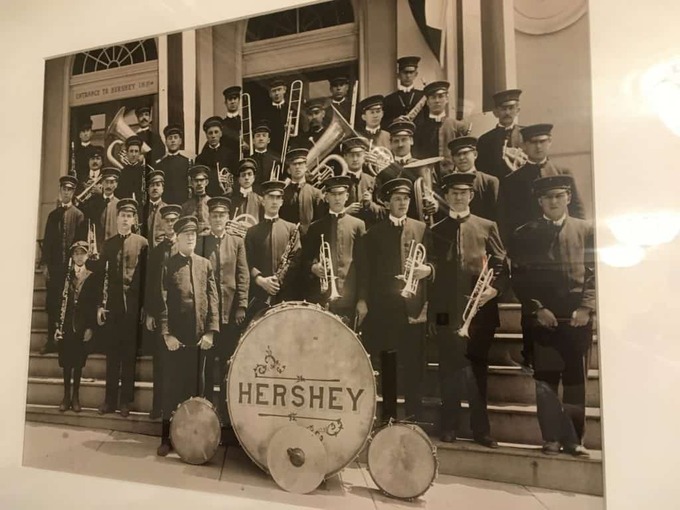 Milton Hershey made sure that every aspect of life including education, health care, music, and fellowship were all readily available to his employees. Pictured here is the Hershey Band from the early 20th century.

exploring the world of milton hershey in hershey, pennsylvania

I am deeply inspired by the altruistic world of Milton Hershey–his many failures, his great successes, his partnerships, his empire, his school for disadvantaged children, his medical centre, and his philanthropical style ensured that all profits from all things Hershey will continue to go to the Hershey Trust in perpetuity. The Hershey Trust in turn uses the funds to maintain and expand the Milton Hershey School and other community endeavours to help disadvantaged families live their own unique American dream. 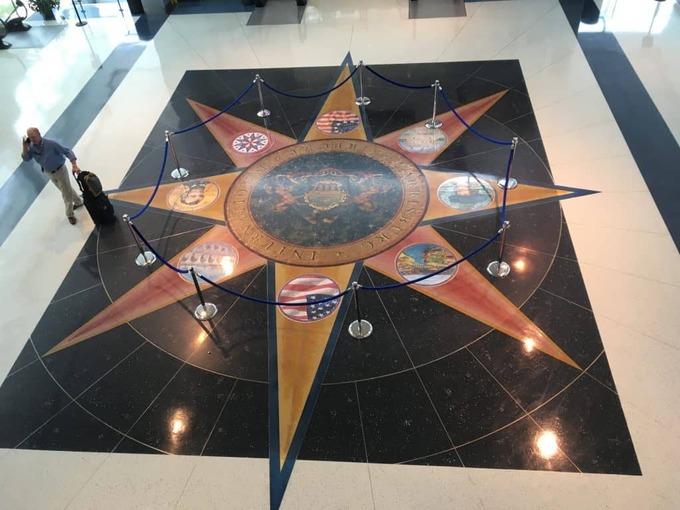 This beautiful tile mosaic becomes you to Harrisburg International Airport as you begin your Hershey adventure.

My thanks to the Hershey Harrisburg Visitors Bureau for covering the costs of my trip to Hershey and Harrisburg. I can’t wait to go back and continue my exploration of this world class chocolate mecca.