July 1, 2017, marked the 150th birthday of Canada. As so many of my readers are from countries other than Canada, in this tribute post I thought I would salute the diversity of my great country by hi-lighting its different regions. 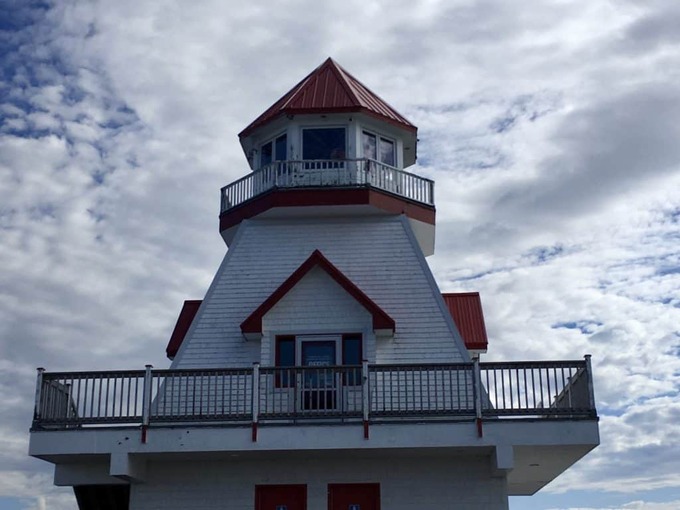 If you love lighthouses, Atlantic Canada is the place for you! Check out this list of Canadian lighthouses.

I visited New Brunswick earlier this year, so let’s begin with Atlantic Canada on Canada’s East Cost. That includes the Maritime Provinces of New Brunswick, Nova Scotia, and Prince Edward Island, as well as the province of Newfoundland and Labrador. On the culinary side, Atlantic Canada is best known for its abundance of fresh shell fish such as lobster and white-fleshed fish such as cod and haddock. The Atlantic Ocean plays a very important role in every aspect of life in Atlantic Canada. 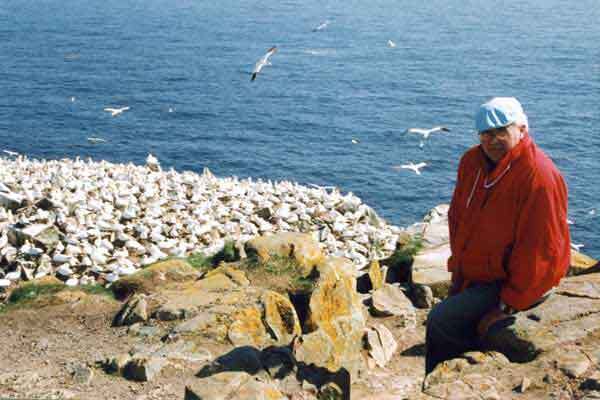 Bird Rock at Cape St. Mary’s Ecological Reserve was one of our favourite places to connect with nature while exploring Newfoundland.

If you’ve never been to the region, allow yourself two weeks to visit New Brunswick, Nova Scotia, and Prince Edward Island. If you plan to visit Newfoundland and Labrador, allow yourself two weeks just for this province, as it takes a long time to drive from St. John’s and the Avalon Peninsula on the east coast of Newfoundland to Corner Brook and Gros Morne National Park on the western side of the province. 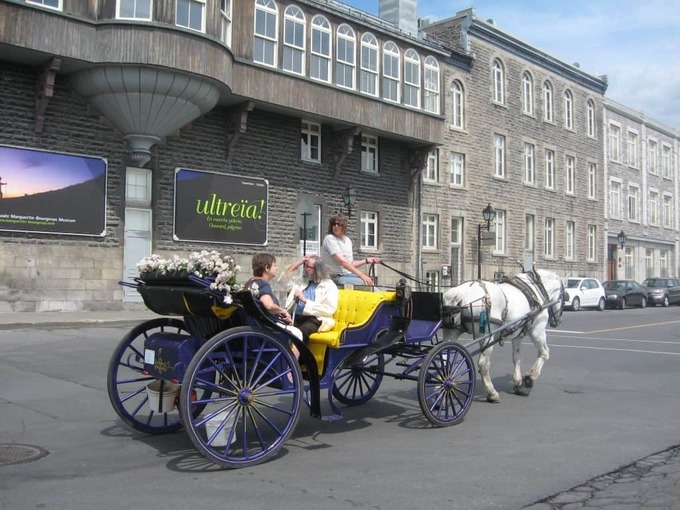 A highlight of visiting the old towns of Quebec City or Montreal is a ride in a horse-drawn carriage to transport you back in time when everything moved a lot slower. Pictured here is a street in Old Town Montreal.

The largest province in Canada, Quebec is extremely proud of its French heritage, and while strolling the streets of the old walled city of Quebec, or old town Montreal, you will indeed feel like you are in France rather than Canada. The rest of Montreal is very modern and chic, and is one of Canada’s premiere chocolate destinations. I visited Montreal, in addition to Mont Tremblant, Oka, and the Eastern Townships in late July, and posted about my French-infused adventures on this site.

The second largest province in Canada, Ontario is situated in between Quebec and Manitoba and offers great diversity from the Canadian Shield ruggedness of northwestern Ontario to the largest city in the country (Toronto) and the nation’s capital (Ottawa.) Ontario is also home to Canada’s Great Lakes and a fabulous destination for campers, hikers, and lovers of the great outdoors. 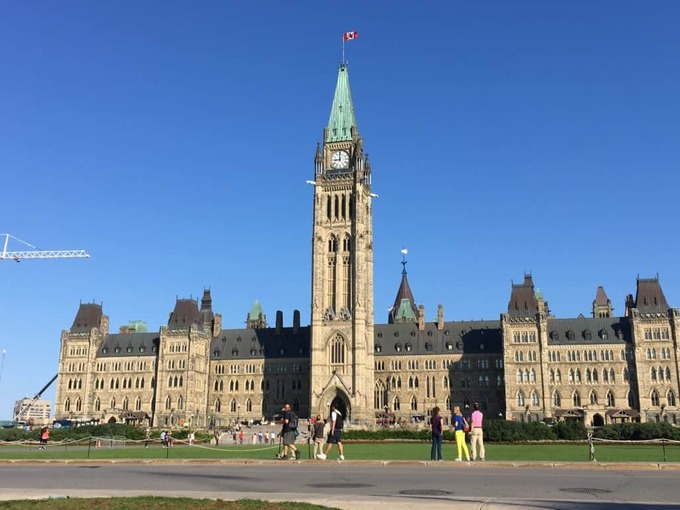 The Parliament Buildings of Canada are located inn the nation’s capital city of Ottawa, Ontario.

An Ontario highlight for me is visiting the city of Ottawa, for its impressive Parliament Buildings, fantastic museums, world class culinary scene, great chocolate, and an overall level of service that is top-notch due to the cosmopolitan nature of the city.

Next on our path west across the country are the Prairie Provinces of Manitoba, Saskatchewan, and Alberta. I have lived all of my life in Manitoba, born in the capital city of Winnipeg, but having spent more years living outside of the city than inside it. A highlight of any visit to Winnipeg should be a trip to the Canadian Museum for Human Rights. 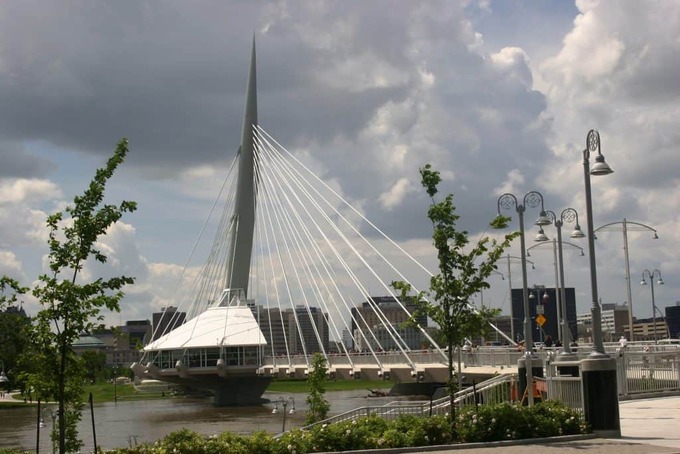 The Esplanade Riel Bridge is a Winnipeg icon that connects the downtown to St. Boniface, the city’s French Quarter. 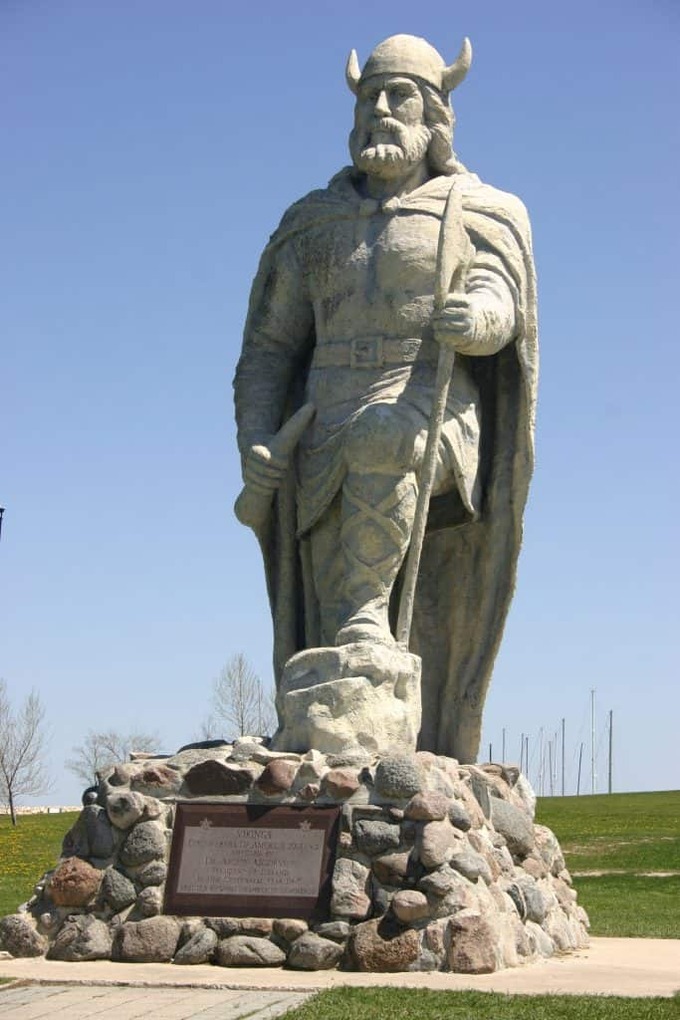 I now live 45 minutes north of Winnipeg in a tiny resort community on the shores of Lake Winnipeg. It is just 20 minutes south of the town of Gimli, where my grandparents immigrated from Ukraine at the beginning of the 20th century. The Viking statue in Gimli is a tribute to the Icelandic immigrants who first settled the area in 1875.

To the west of Manitoba is province of Saskatchewan. I love the city of Saskatoon, for its iconic University Bridge–viewable from just about anywhere in the city–and the abundance of walking trails. I also love the literary culture and vibe of the city. 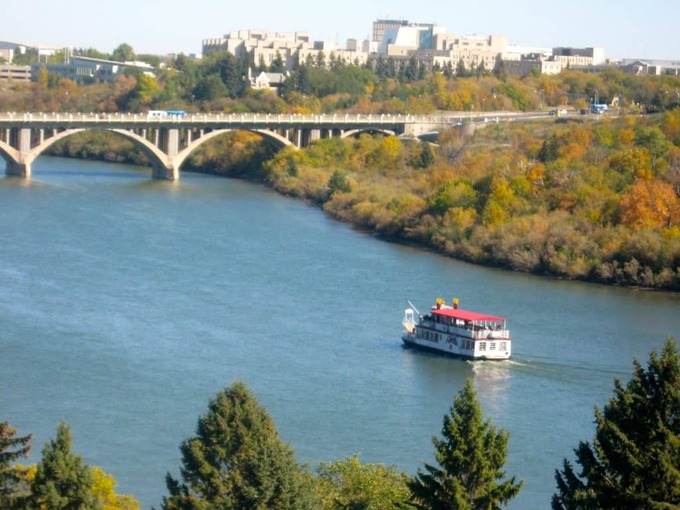 Located on Canada’s Yellowhead Route, Saskatoon is a small city with a big arts and culture scene. 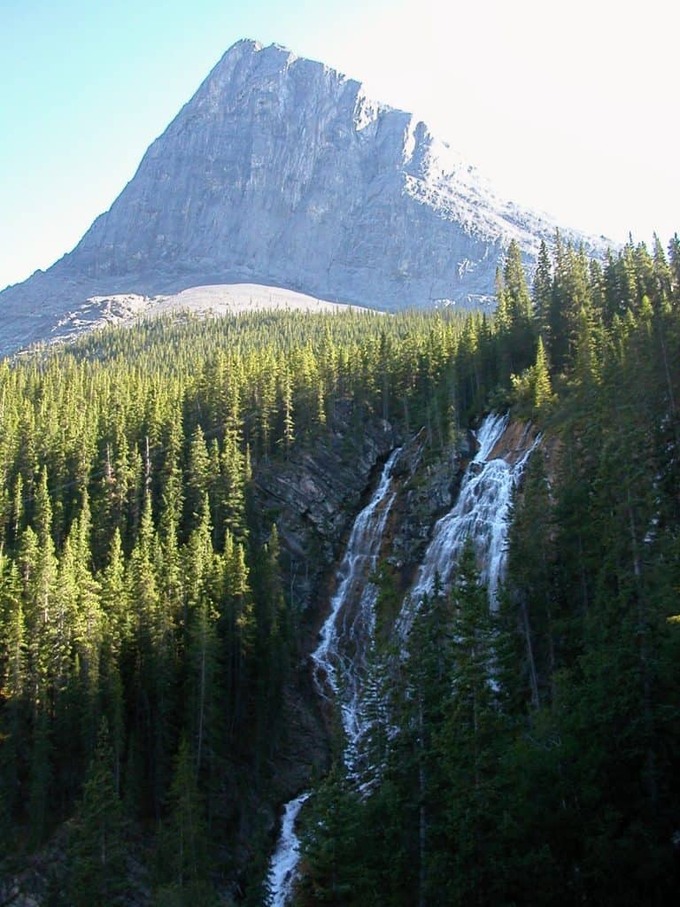 The Rocky Mountains are breath-taking and the highlight of any visit to Alberta.

Further west is Alberta, the province best known for its Rocky Mountains. The political capital of Alberta is Edmonton. Its business capital is Calgary, the hub of Canada’s oil industry.

You’ll find British Columbia on the Pacific coast of Canada. The business capital is Vancouver, located in the Lower Mainland region. Victoria is the political capital, situated on Vancouver Island, and though in close proximity to Vancouver, it is a world away. 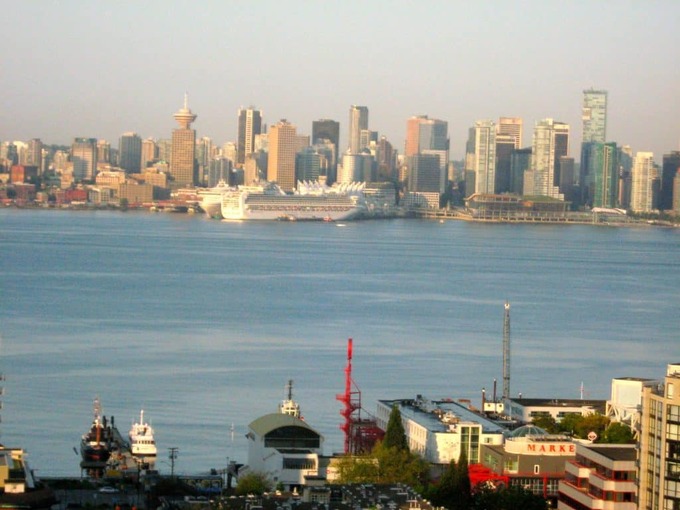 This photo was taken from North Vancouver, where you can watch the cruise ships  and freighters coming and going from Vancouver’s downtown port and cruise ship terminal. 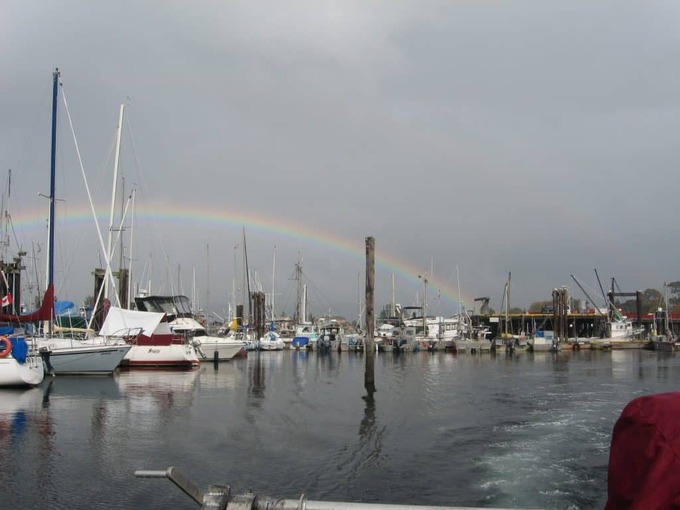 One of my favourite parts of Canada is Vancouver Island. If you love a slow pace and admire nature and breath-taking scenery, I highly recommend a visit to Vancouver Island in British Columbia.

One of my other favourite BC destinations is the Okanagan Valley, one of Canada’s top wine destinations. I’ve been to the Okanagan several times in all seasons and highly recommend it to anyone who loves fine wine, great cuisine, and the peacefulness on inland lakes. 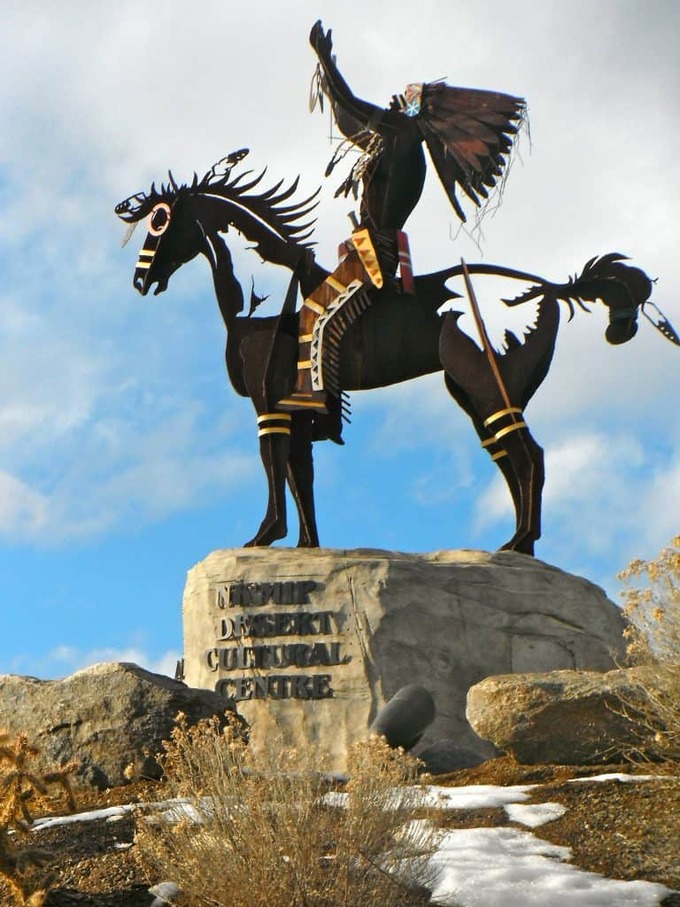 One of our favourite places in British Columbia is the Okanagan Valley. Spirit Ridge is a wine resort in Osoyoos with a strong First Nations presence as it is situated on land owned by the Osoyoos Indian Band.

Canada also includes the northern territories of Yukon, the Northwest Territories, and Nunavut. I was briefly in the Yukon while visiting Alaska via the White Pass Rail Line, but have never been to the NWT or Nunavut.

Happy 150th birthday, Canada. You amaze me with your diversity of humans, wildlife, and natural beauty like no other country on earth.