I hope you’ve enjoyed the series of posts I’ve done about my visit to Costa Rica for the 2014 Puerto Viejo Chocolate Festival. I’ve already introduced you to Caribeans Chocolate. And Nahua Chocolate. In today’s post, I’d like to introduce you to a few more terrific Costa Rican chocolate makers. 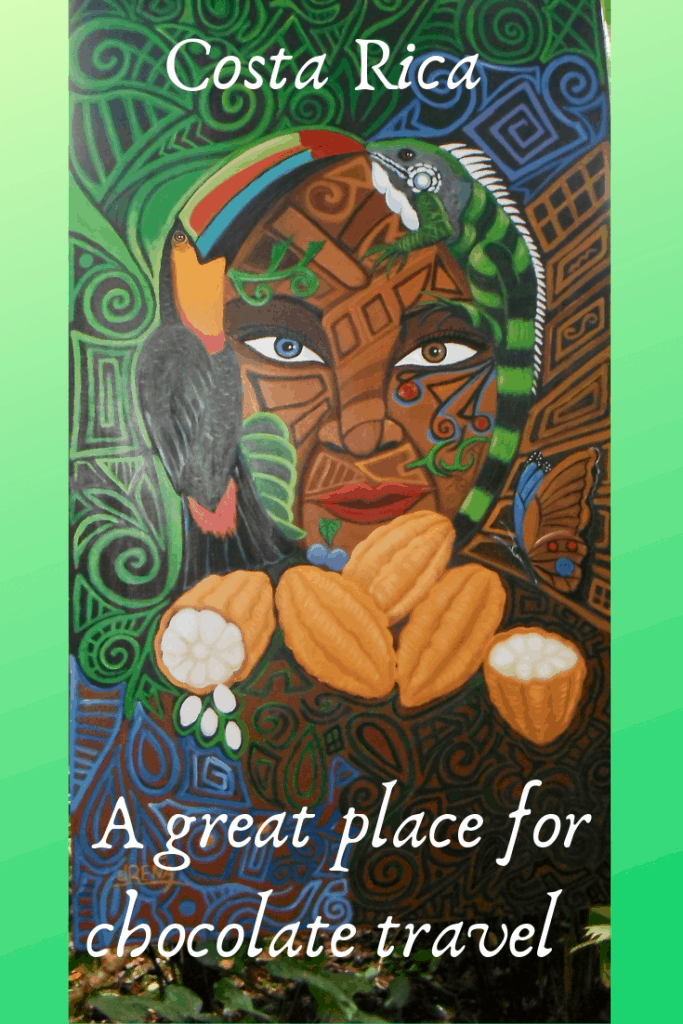 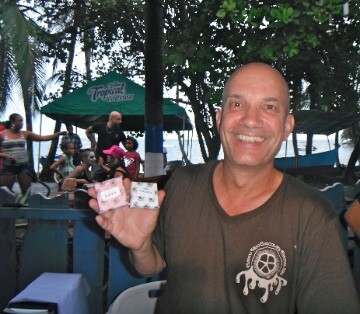 Henrik Bodholdt is an expat European and founder of Chocolate Craft of Costa Rica. I loved the Lava bar, with just the right hint of heat, the Celeste bar with its fruity notes, and the Tenorio, which is an incredibly smooth and full-flavoured chocolate that Henrik made under the Beach Chocolate label. But being a devoted chocolate educator and innovative chocolate maker, Henrik went on to found Maleku Chocolate and in 2016 began growing his own cacao. The Maleku Chocolate Factory is located in the Blue Valley of the Upala region of northern Costa Rica, and makes a trio of 60, 75, and 90% cocoa chocolate bars made from the cacao beans that they grow themselves.

Tao Watts is the chief chocolate maker at Samaritan Xocolata, located on the Pacific Coast of Costa Rica in Perez Zeledon. Tao is an expat originally from Maryland USA, and now long-time resident of Costa Rica whose chocolate creations are as beautiful to look at as they are delectable to taste. Tao is a true artisan who adds a beautiful femininity to the chocolate truffles, bonbons, barks, bars and custom confections offered in Samaritan’s line of products. Of the ones I was able to taste, I really loved the Solo Bueno! wave bar, an explosion of 70% dark organic cocoa infused with coconut nectar crystals, chia, sesame, figs, blueberries, ginseng, chili, and more. These are available for worldwide shipping via Samaritan’s site. Yay! 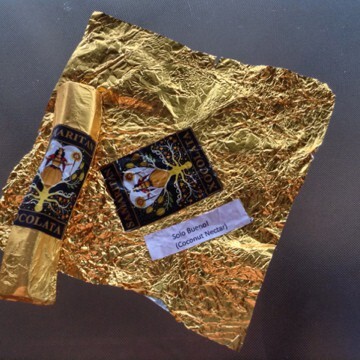 Another woman who is passionate about chocolate and who is growing some amazing cacao in the Puerto Viejo area is Christina Orr, an expat originally from California, USA, whose chocolate company is called Talamanca Organica Cacao and Chocolate. 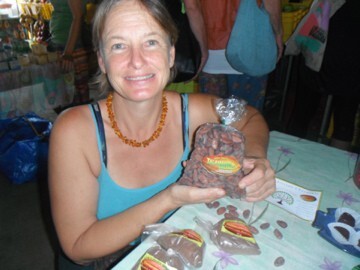 A conservationist and experienced gardener who has passionately brought that knowledge to the cacao fields, Christina is dedicated to creating just the right flavour profile in her cocoa beans by experimenting in the fermentation method of her beans. Christina ferments each harvest of beans separately so that she can very precisely control the development of the flavour in her customized fermentation box. She has only recently began making chocolate from her beans and it will be interesting to see how her chocolate develops over time. 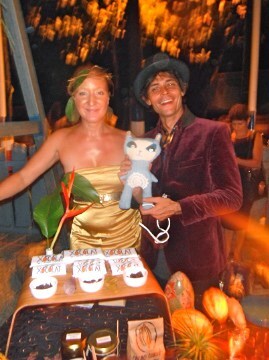 Pascal Blanchard dressed as Willy Wonka and his wife Kari Gabriel dressed as the Golden Goddess at the 2014 Puerto Viejo Chocolate Festival.

Yes, I found some talented expat Canadians who are growing cacao and making chocolate in Costa Rica, too. Pascal Blanchard from the Eastern Townships of Quebec and his wife Kari Gabriel (who grew up in British Columbia, Canada, but was actually born in Costa Rica) are making chocolate products under the name Xocolat Chocolate. They have a small farm in the Puerto Viejo area, and in addition to producing award-winning chocolate, make fabulous crisps infused with cocoa nibs that they market as Cacao Coast Crackers. I loved them! People often ask me what they can do with cocoa nibs. Dropping them into almost anything will enhance the resulting flavour. But adding fresh cocoa nibs into a tasty batter for baked crisps is a winning recipe that this dynamic duo should market on a wide scale. For now … you’ve got to go to Costa Rica to get some. A small stock of Xocolat Chocolate bars can be found on sale at Caribeans Chocolate in Puerto Viejo.

Like it’s neighbouring country of Belize, Costa Rica is growing cacao of incredible quality that is being made into sensuous chocolate by this wonderfully passionate group of Costa Rican chocolate makers. Join me on a small group customized Chocolatour to Costa Rica January 11-19, 2020, when we’ll meet some of the artisans making chocolate and growing cacao in Costa Rica.