In my previous post, I shared with you the excitement and trepidation of journeying along La Farola as we headed toward Baracoa. It was indeed worth the fear of facing the countless hairpin curves that led us to the Baracoa, Cuba’s first European settlement. In this post, I’d like to give you a taste of Baracoa, to overthrow the myth that Cuban cuisine is dull and boring. 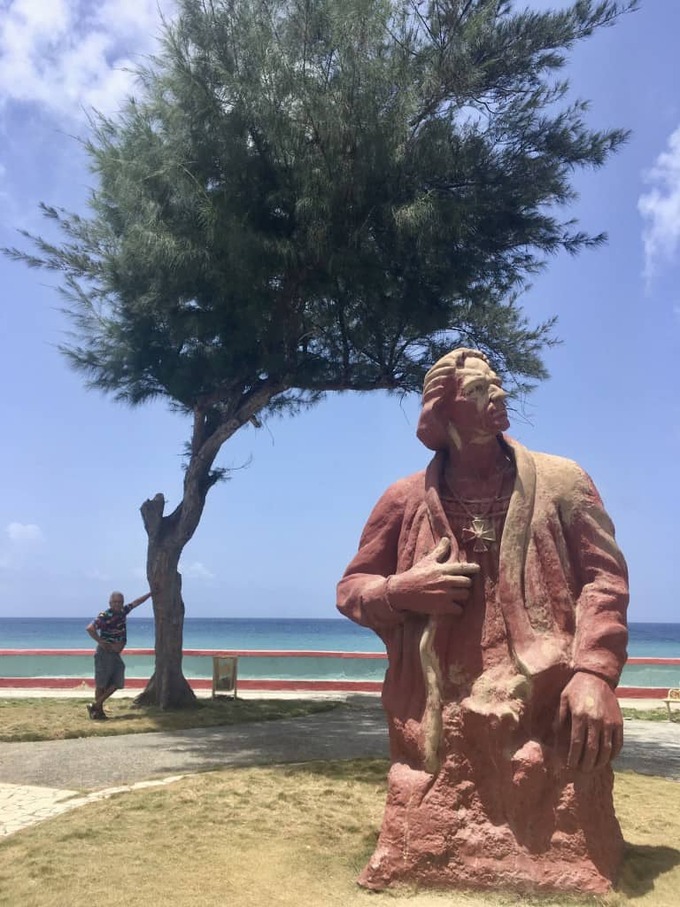 Don’t miss the statue of explorer Christopher Columbus on the Malecon in Baracoa, Cuba.

Cuba had been settled by the Tainos indigenous people who called their settlement Baracoa (meaning “beside the sea.”) Christopher Columbus landed on this site in 1492 and dubbed the site as “Porto Santo.” It was later renamed “Our Lady of the Assumption” by the Spanish in 1510 but the indigenous name took precedence when Cuba achieved its independence. 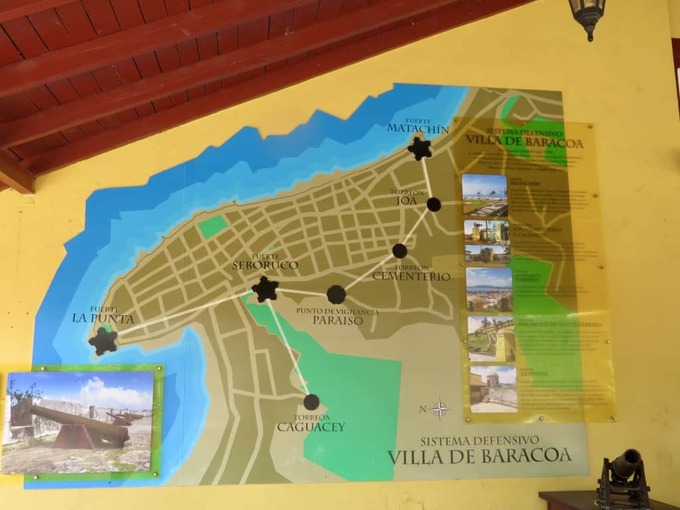 This map of Baracoa shows the site of La Punta fort that protected Eastern Cuba from pirates.

La Punta is the site of an 18th century fortress, and now, Restaurante La Punta, a place where you can enjoy good food and live or recorded Cuban music while in Baracoa. 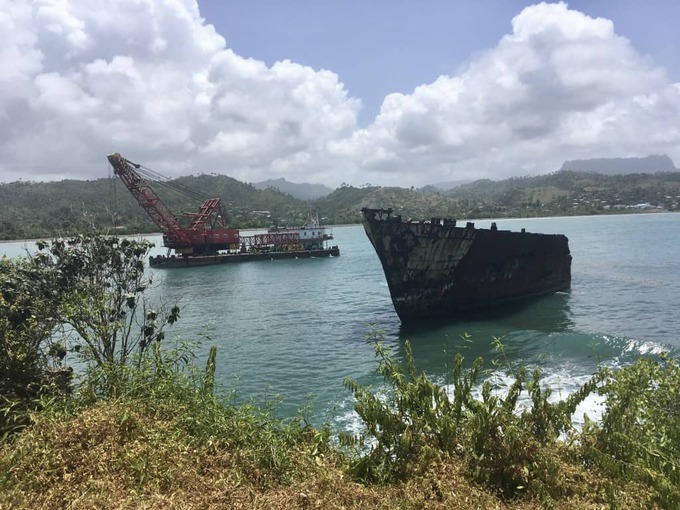 A view of the Bay of Baracoa from La Punta, with El Yunque off to the right, the landmark table-top mountain of Baracoa.

One of the must-see attractions in Baracoa is La Punta, the site of an 18th century fortress located on the Bay of Baracoa that is now run as a seaside restaurant where I enjoyed a lunch and dinner while in town. The views from La Punta are breathtaking, and the food is good, too. I enjoyed a lunch of roast pork, a dinner of sautéed shrimp, and a fabulous dessert that featured a dark chocolate leaf and a burnt sugar bowl filled with chocolate ice-cream that was a chocolate lover’s delight. 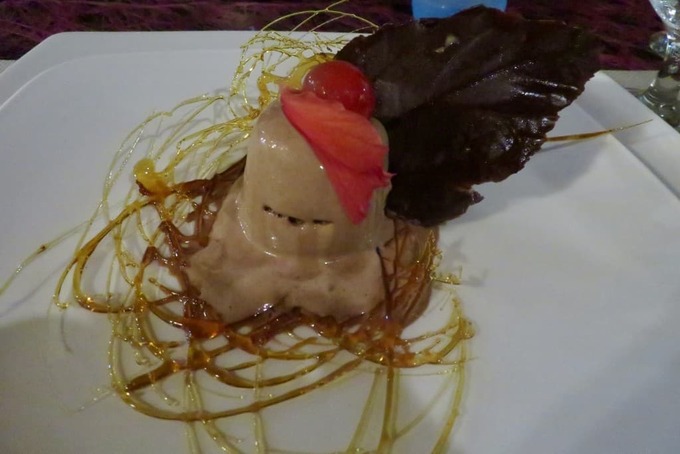 This dessert at Restaurante La Punta was a chocolate lover’s dream, with a dark chocolate leaf, a burnt sugar bowl, and chocolate ice-cream that were a delight to admire, and even better to enjoy.

Another independent restaurant (paladares) that I thoroughly enjoyed in Baracoa was Restaurante Calalú where I experienced some local cocoa cuisine. Restaurante Calalú offers grilled chicken or roasted pork with a cocoa sauce (salsa de cacao) featuring pure cocoa powder mixed with water. I really enjoyed the grilled chicken served with the salsa de cacao at Restaurante Calalú in Baracoa. It was tasty, savoury, and not sweet at all. This is one of the best and busiest restaurants in downtown Baracoa (7-8 pm is the busiest hour) so be sure to consider that in your plans. 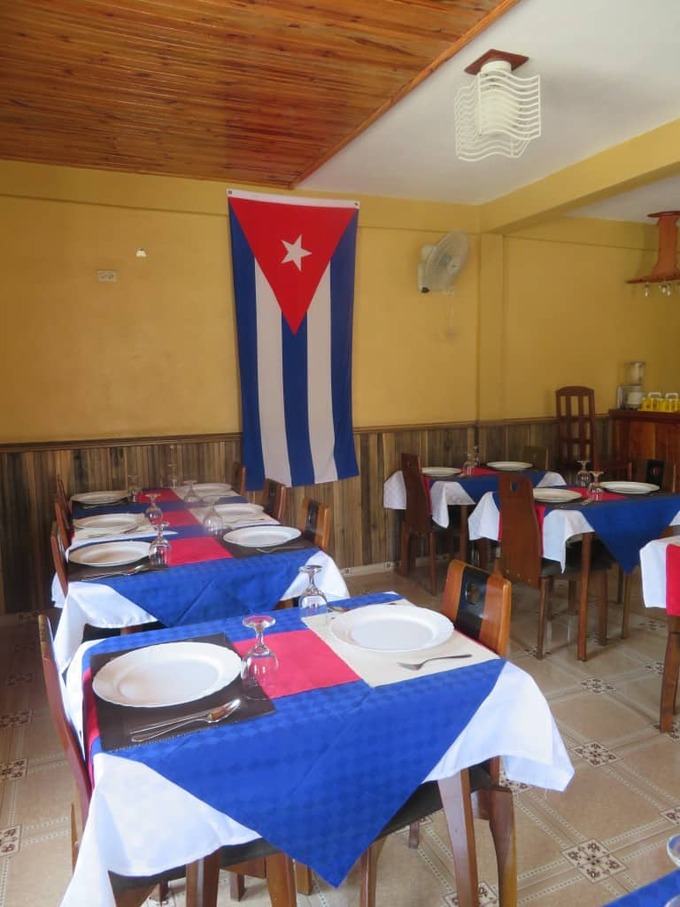 Restaurante Calalú is one of Baracoa’s finest restaurants and features cocoa cuisine. 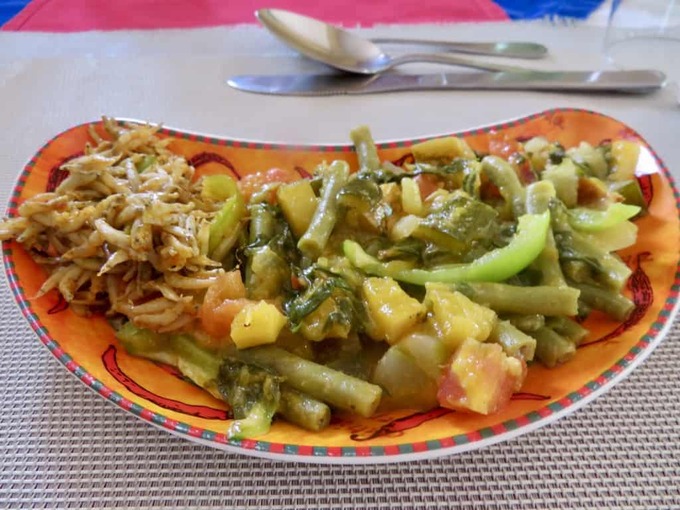 Calalú is a regional specialty of Eastern Cuba that is a vegetable stew somewhat like ratatouille. The one we enjoyed at Restaurante Calalú featured teti (a tiny seasonal fish) on the left hand side of the dish and was especially delicious. 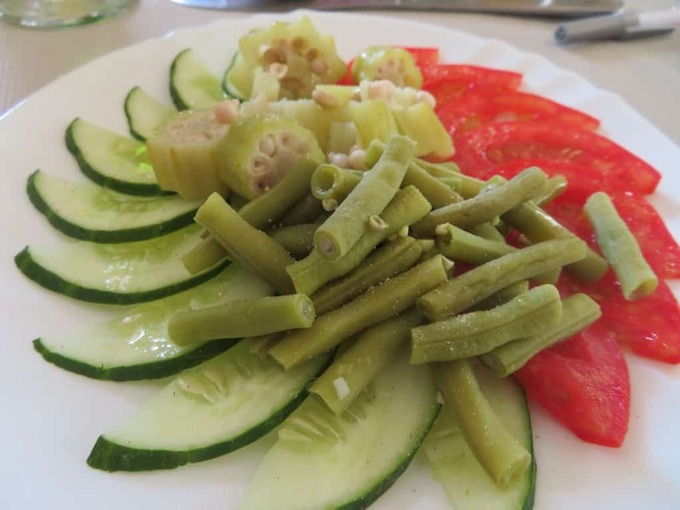 I appreciated both the artistry and the freshness of the salad I was served at Restaurante Calalú. 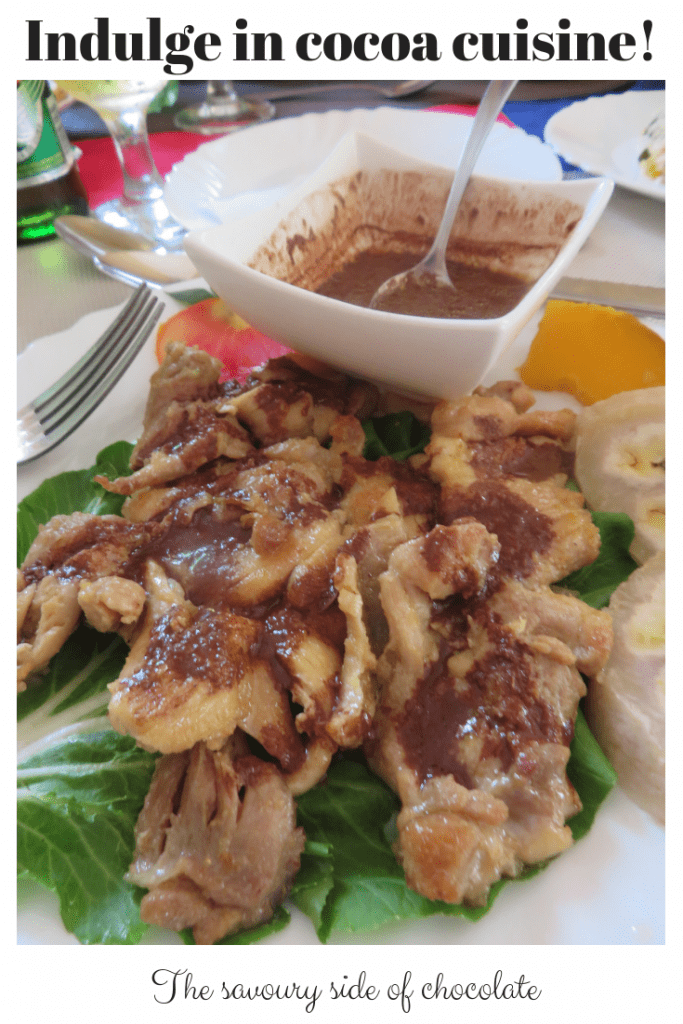 I hope this post has helped dispel the myth that Cuban cuisine is not worthy of your attention. It truly is. But you must remember that to experience it, you have to get away from the beaches and buffets of the tourist resorts and get yourself to one of the paladares located throughout Cuba. Or stay at one of the fabulous casa particulares such as Villa Paradiso Baracoa, where I also enjoyed some tremendous–and authentic–meals during my stay.

Thanks so much to the Cuban Tourism Commission for covering the costs of my travel and providing me with an amazing guide and driver for the duration of my stay.