We’ve explored the island of Oahu and some of the fabulous Hawaiian chocolate produced there in the past few posts. I’d now like to share some of what I learned while visiting cocoa farms and plantations on the island. 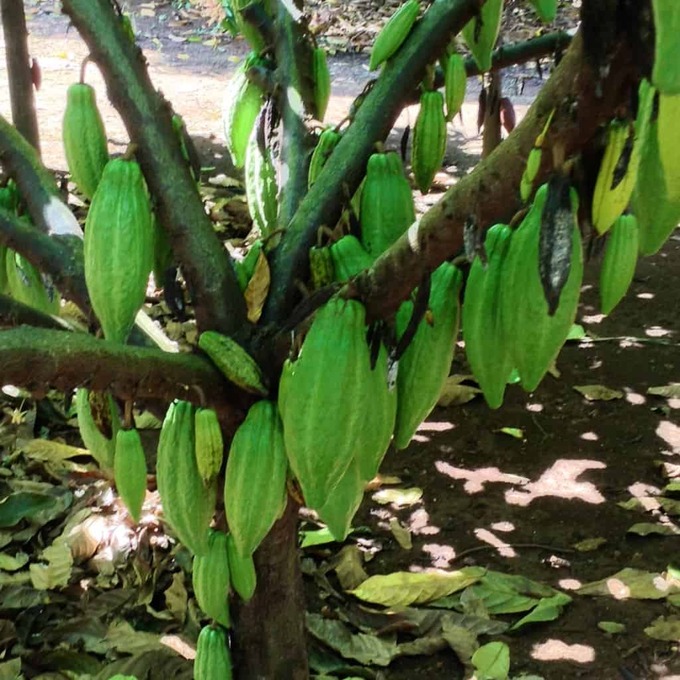 I’ve never seen such a dense concentration of cocoa pods as I did on the cacao trees of the Waialua Estate on Oahu.

Usually, the growing of cacao (cocoa) has been limited to a belt 20 degrees north or south of the equator.  It’s only since the 1980’s that cocoa has been grown in Hawaii in any quantity–which is at 21-22 degrees latitude. You’ll now find about 100 planted acres of cacao growing on the islands of Oahu, the Big Island of Hawaii, and lesser amounts on the islands of Maui and Kauai, with the amount of cacao grown in Hawaii increasing by 25% each year.

In 2013, there were 30,700 pounds of cocoa beans harvested in Hawaii. Of that, 24,500 was grown on Oahu, 5,600 pounds on the Big Island, 580 pounds on Maui, and 100 pounds on Kauai. It’s good to know that production is on the increase, as demand for Hawaiian cocoa far exceeds the amount of beans currently grown.

I had the pleasure of being invited to participate in the 2014 field trip of the Hawaii Chocolate and Cacao Association that took me to several of the 16 test sites where cacao is being grown and studied with respect to grafting and fertilization techniques as well as disease control. We also visited the largest private cocoa estate on the island of Oahu. I’ve seen cacao growing in South America and the Caribbean and learned that each growing region has its own unique challenges when it comes to growing cacao. Hawaii is no exception, where the Chinese rose beetle is the main challenge to growers. 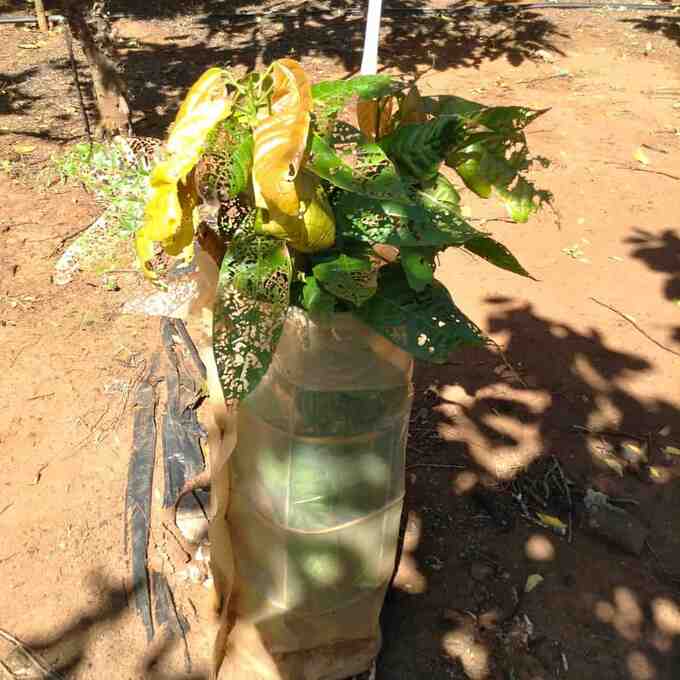 Cacao seedlings on Oahu are being attacked by Chinese rose beetles.

To combat further devastation to cocoa seedlings from the rose beetles, growers wrap the trunk in a heavy plastic to prohibit the beetles from crunching on the seedlings. As well, they use LED lights to keep the cocoa fields lit during the night. It seems the beetles only come out in the dark, so light is projected onto the young cocoa trees from dusk until dawn, discouraging the damaging vermin from eating the young tender leaves of the seedlings. I’m told that grasshoppers are a challenge on Maui. 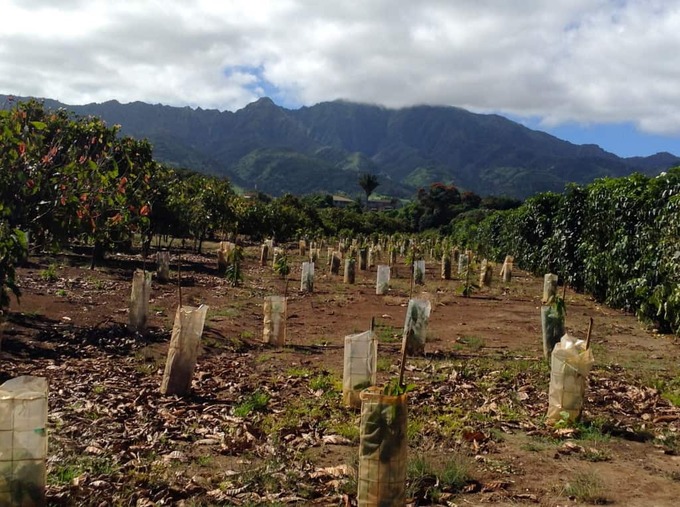 Cacao seedlings on the Waialua Estate are wrapped in heavy plastic to protect them from the Chinese rose beetles.

At present, chocolate makers and chocolatiers in Hawaii have to partially rely on imported cocoa to make their chocolates as there just isn’t enough cocoa grown on the islands of Hawaii to meet the demand. And due to higher production costs, the price for cocoa grown on Hawaii is considerably higher than what chocolate companies have to pay for imported beans or couverture. But it appears that is changing, and Waialua Estate (owned by Dole), now has 25 acres of cocoa planted alongside its 200 acres of coffee. They are making some excellent chocolate from those beans — most notably the Waialua Estate 55% semisweet bar adorned with Hawaiian cocoa nibs.

You’ll find that cacao is often grown on the same property as coffee as they require similar growing conditions. No wonder their flavours go so nicely together!

In another post, I talk about the Original Hawaiian Chocolate Factory on the Big Island. It is one of few locales in the Hawaiian Islands where the cocoa is grown on the same site as where the chocolate is made. Their cocoa nibs are absolutely fantastic!

Have you been to a cacao plantation in Hawaii? Have you tried bean-to-bar made in Hawaii craft chocolate made from Hawaiian-grown cocoa beans? It has a taste like no other.