I have to thank my writer friend Lyn Hancock for pointing me in the direction of Placencia, Belize. Virginia and I had three days following our cocoa time in Punta Gorda to enjoy some R&R and were seeking a Belizean beach destination to fit the bill. On Lyn’s recommendation–a friend who knows Belize very well–we found a lovely beach resort and were able to take in the sun, sand, and scenes that brought lasting smiles to our faces. 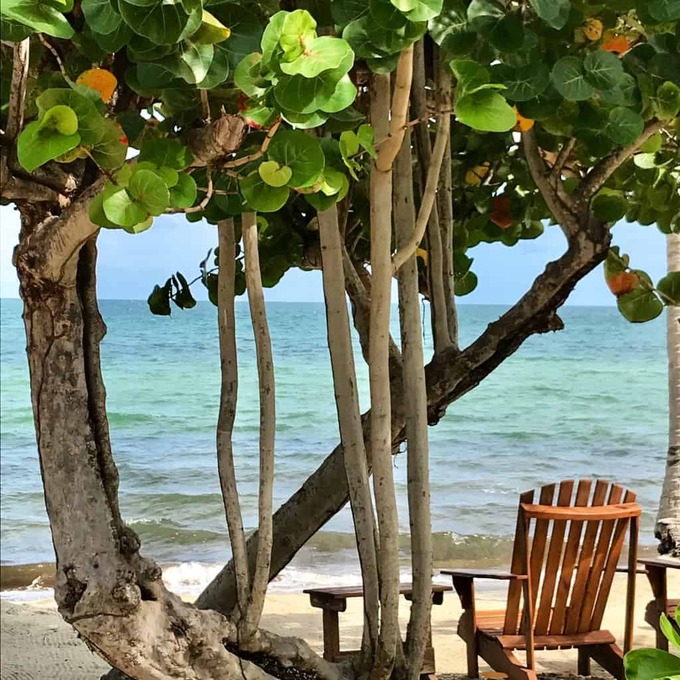 This was our piece of Paradise in Placencia for three nights.

We stayed at the Laru Beya Resort. It was lovely! We had a one-bedroom fully-equipped condo overlooking this beach. There was a nice pool and restaurant within steps, and it was quiet and friendly. But it was also a $10 cab ride into the village of Placencia, so that was an incentive to be sure we planned our trips so that we could get what we needed and then just relax once we got back to our little piece of paradise. 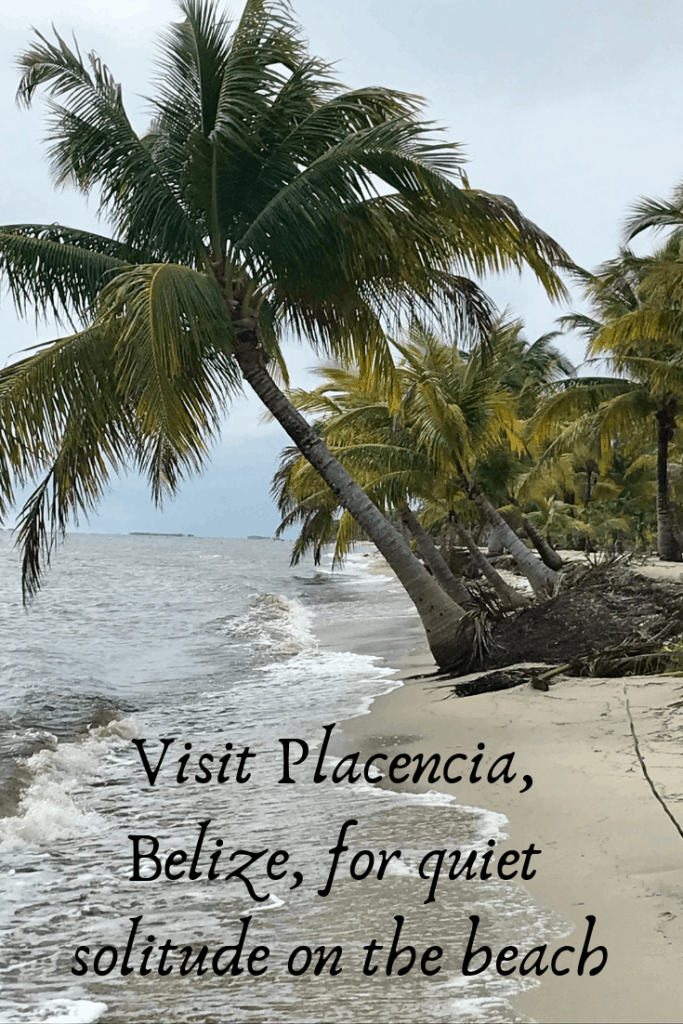 We enjoyed walking down the beach, but unfortunately, that brought about two downers. I got bitten by the sandflies and was plagued with these red marks on my lower legs for the duration of our stay. And as you can see from the photo beneath that, there is a real garbage problem along the beaches of Belize. For the most part, I’m sure that the bulk of the garbage has travelled a long distance to get to Central America, and it is not the fault of the Belizean nation that the garbage is there. But it’s there, and that is sad. 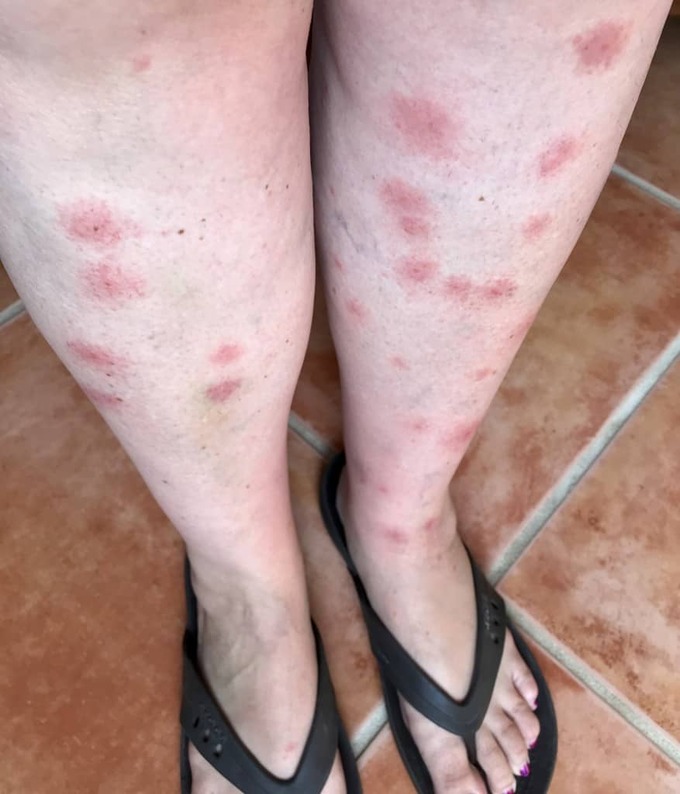 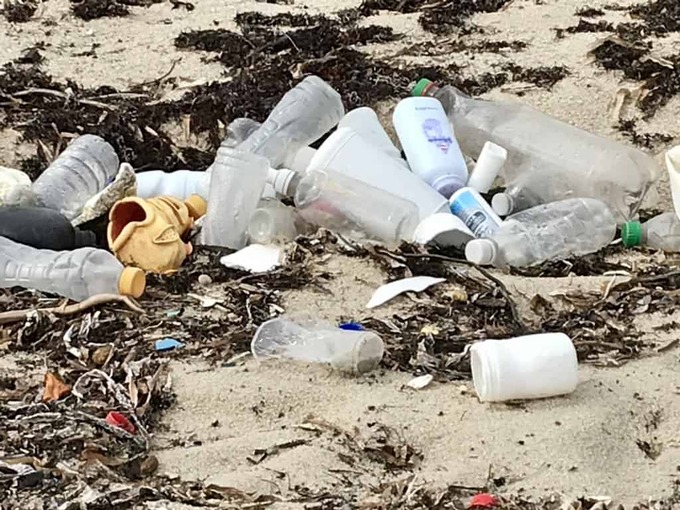 But apart from the sandfly bites (which fortunately were not itchy) and the unfortunate washed up garbage on the beach, we had a marvellous stay in Placencia. Fortunately, the garbage was about 10 minutes down the beach from our resort, but I would have thought that the resorts along this strip of beach would have made more of an effort to keep it cleaner.

One of the highlights of our time in Placencia was spending an evening in the village at the beachfront Tipsy Tuna, where we enjoyed some great drinks, food, and lively entertainment. We were fortunate to be there on an evening where the Garifuna folk dancing and drumming was happening. 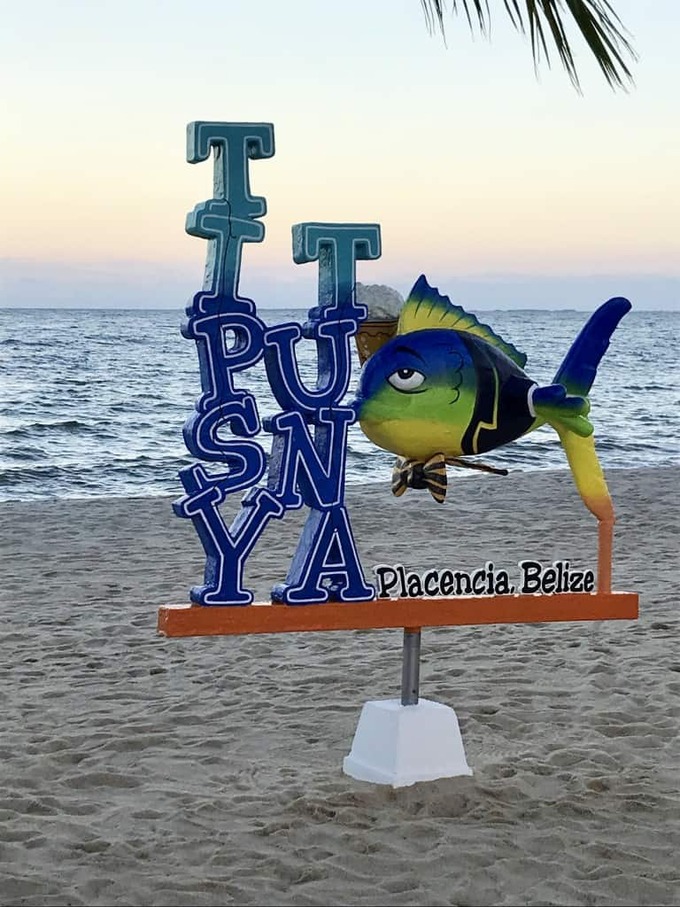 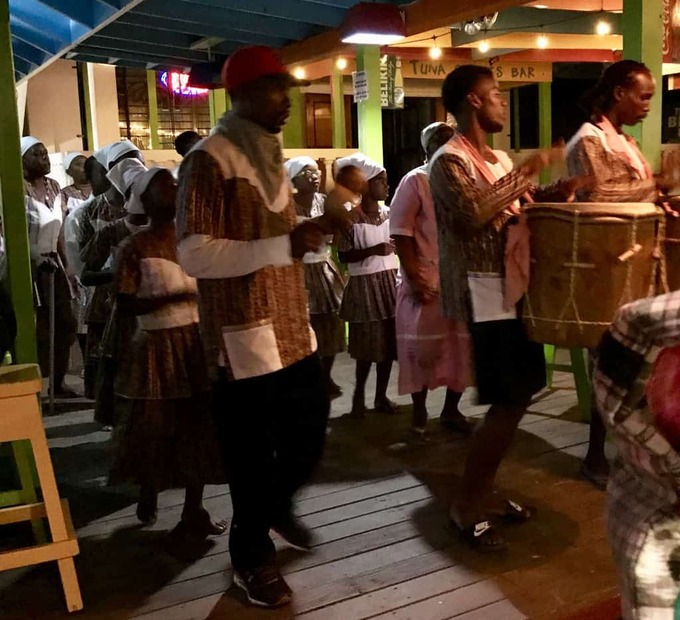 There were children as young as six years old among the folk dancers who showed us a touch of the Garifuna culture as other members of the troop accompanied them on the drums. The Garifuna are Black Belizeans who originated in the islands of the Lesser Antilles (mainly St. Vincent and the Grenadines), but were exiled by the British during the slave rebellions just before the turn of the 19th century. The Garifuna now live peacefully with those of Mayan heritage who make up the other significant portion of the Belizean population.

Our time in Placencia was brief, but long enough for Virginia to partake in a snorkelling excursion while I caught up on my notes and ensured no further exposure to the sandflies who already won round one. As mentioned in this post, the snorkelling in Belize is second only to the Great Barrier Reef in Australia. 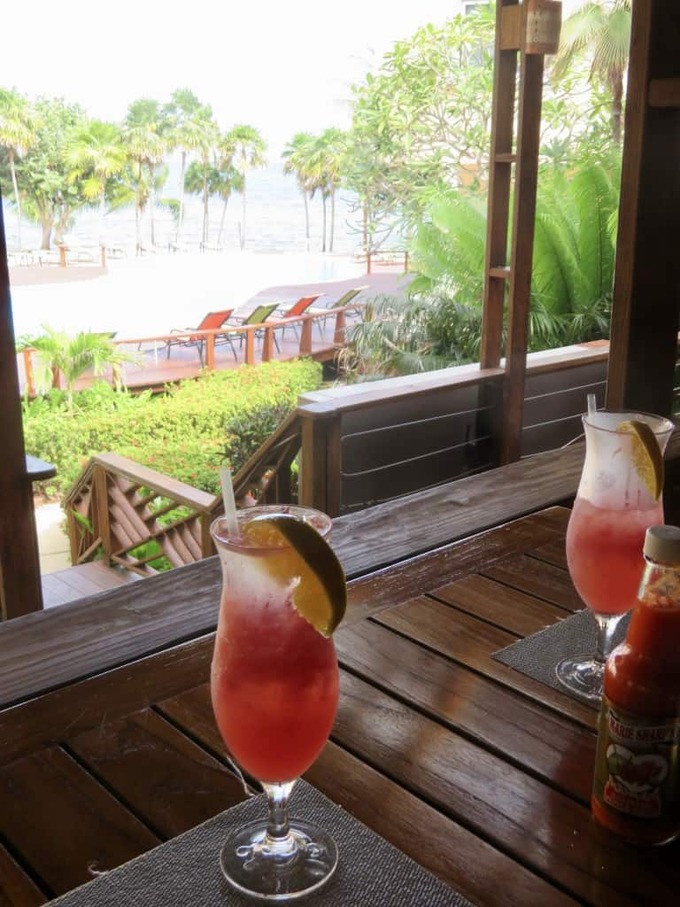 We sure enjoyed the beachside drinks at Laru Beya, and the beautiful sunrises and sunsets, too. 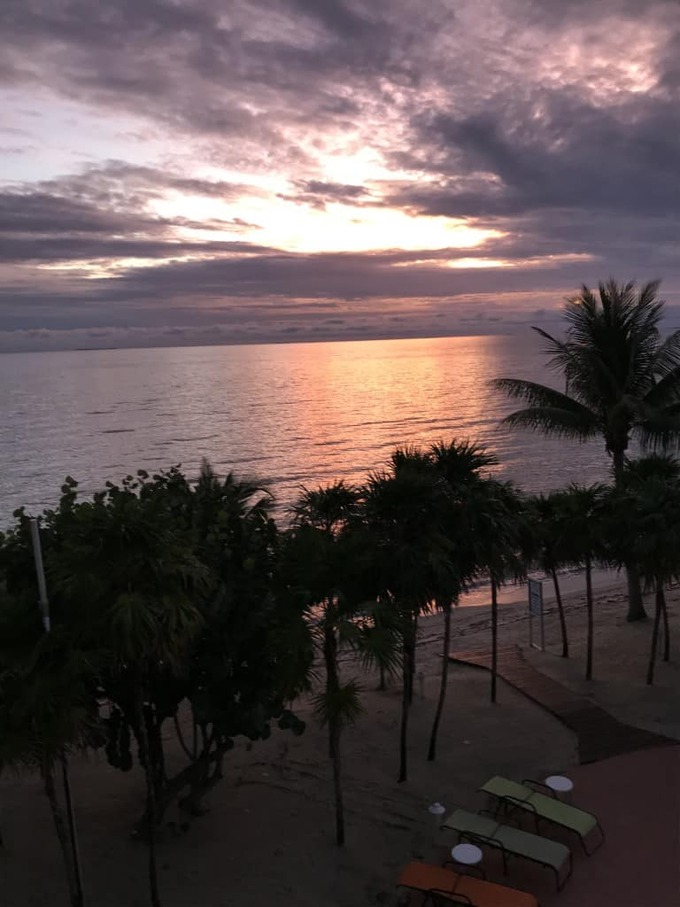 After enjoying a good number of refreshments and the final sunset of our stay, we were ready for our next Belizean adventure. Stay tuned!