In a previous post, I alluded to the fact that Montreal just might be the Chocolate Capital of Canada with all its fabulous chocolate shops. There are somewhere in the area of 100 chocolate shops in the city of Montreal, with many other noteworthy chocolate establishments scattered throughout the province of Quebec. Some of the other locations I’ve already covered include Tremblant, Oka, Sutton, Bromont, Quebec City, and this post previously written on a few other locations within Montreal. 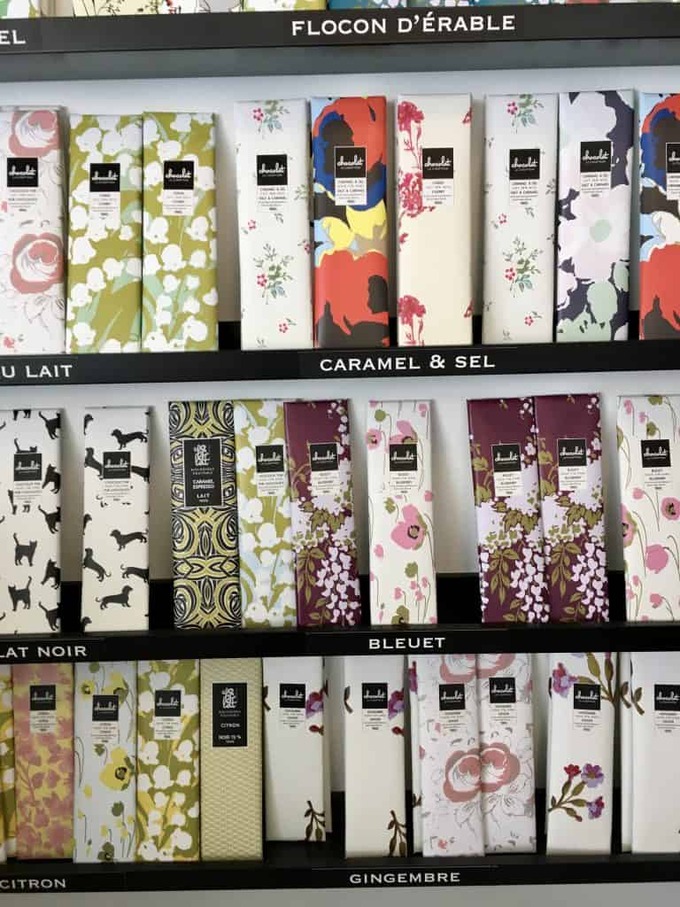 The chocolate bars from Le Comptoir chocolat are prettily wrapped and make a great gift for a gal pal or a friend in need of a smile.

a taste of montreal chocolate

I had the great privilege of visiting Montreal again earlier this year and found several chic chocolate shops with a high level of sophistication, as well as a few bean-to-bar chocolate shops that I will cover in my next post. 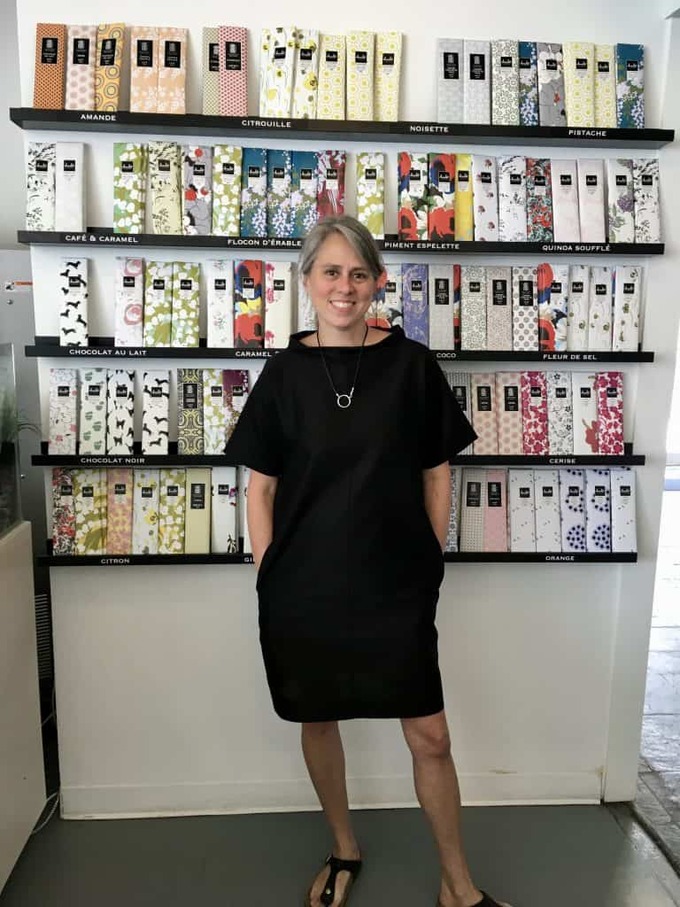 Claudine Desnoyers is a graphic designer and the creative force behind Le Comptoir chocolat of Montreal.

I loved Le Comptoir chocolat located at 355 Rue Guy in the Griffintown neighbourhood of Montreal because of the unpretentious bright vibe in the shop and the nice little on-site cafe, where you can sit and enjoy a coffee, some ice-cream or a chocolate treat. Owner Claudine Desnoyers is a graphic designer and designs and prints all of her unique packaging for the chocolate squares and large and small bars at this location. All of Le Comptoir’s chocolate uses couverture made from organic beans and is vegan. If you’re into baking, you’ll love the assortment of cooking chocolate and decorations for cakes and brownies. And dog lovers will find really cute non-chocolate doggy treats for their canine friends. 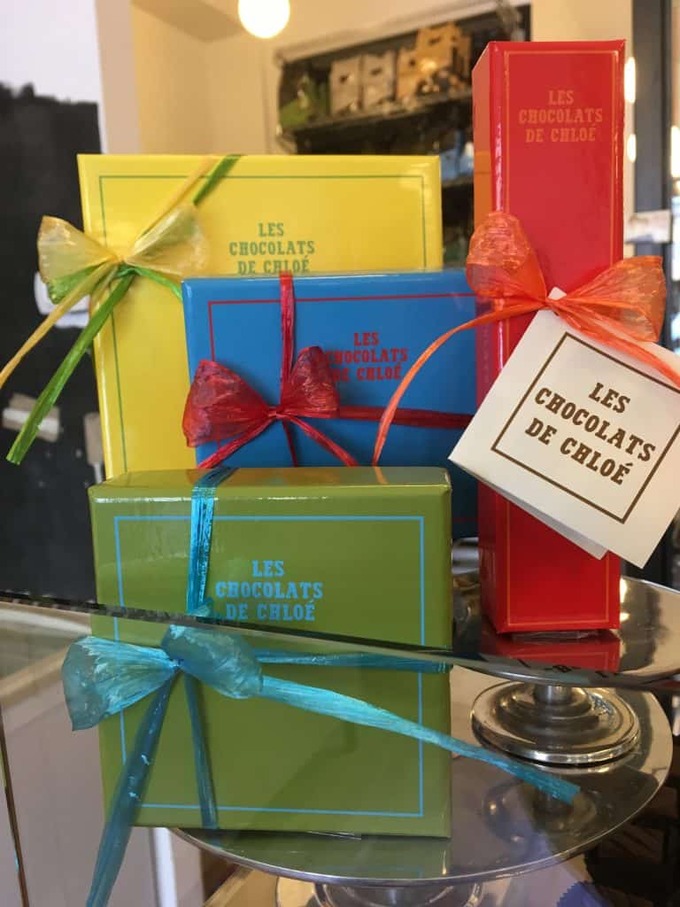 We also visited Les Chocolats de Chloé owned by Chloé Gervais-Fredette. This is a cute little shop with an open kitchen concept where you can see the chocolates being created before your eyes. Chloé was away at the time of my visit, but I loved meeting her friendly staff and tasting a wide assortment of her product range. Chloé uses Valrhona chocolate from France as her couverture, and loves to play with flavours. I loved the rich and creamy Passionfruit bonbon, as well as the Figues Balsamique featuring a layer of pureed figs in-between balsamic-infused chocolate. 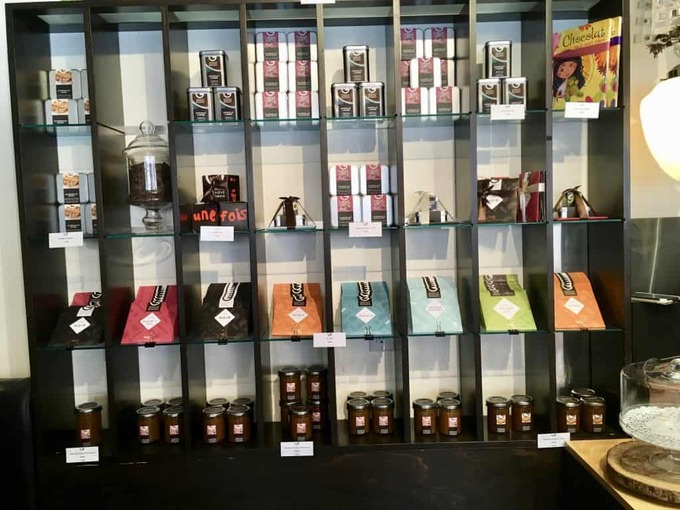 Chocolats Genevieve Grandbois is known for the sophistication of its chocolates.

Also within the Plateau neighbourhood of Montreal is Chocolats Geneviève Grandbois. We visited the shop at 162 Rue Saint-Viateur Ouest, but the chocolates are made at the factory location on Rue Saint-Patrick. This company also uses Valrhona couverture from France to make the majority of their chocolate. The tiny chocolate shop is the epitome of Montreal chic that I refer to in this post.

Geneviève owns a cocoa plantation in Costa Rica, and in 2013, introduced her first Carré Costa Rica collection made from her own cocoa beans.

In my next post, I introduce you to a few Montreal companies focusing exclusively on making their own bean-to-bar chocolate bars. Enjoy!