riding the Big Bus in Miami

Neither Christine or I had previously spent time touring the sights of Miami, so what better way to get acquainted with the city than by taking a sightseeing tour? We were fortunate to have passes to get us on the Big Bus, a company offering a variety of Hop-On/Hop-Off  routes to familiarize visitors with highlights of the city. The Big Bus tour of Miami is something I’d recommend to anyone who is new to the city. 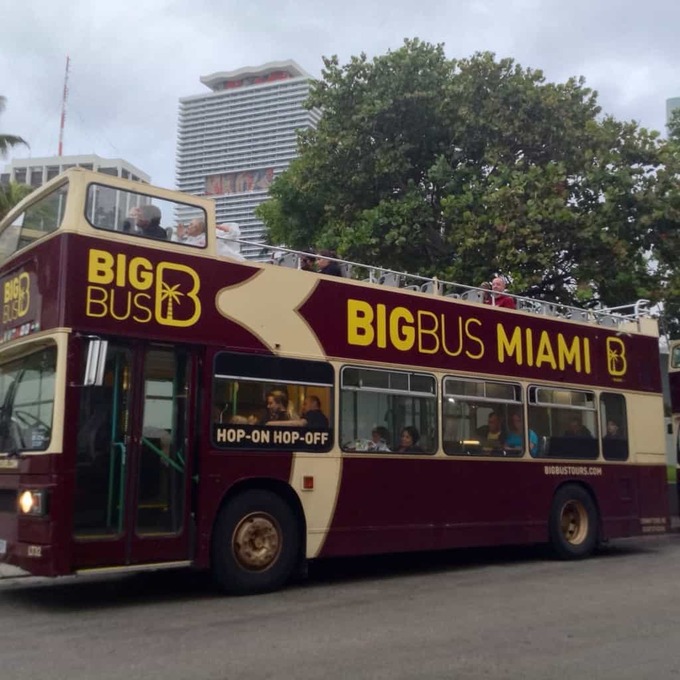 Riding the Big Bus in Miami is fun, as you can hop on and off as often as you like.

our Big Bus tour of Miami

We began with the Blue Route, which pointed out the architectural highlights of the Art Deco District on Ocean Drive. Our guide Jake was extremely knowledgeable, and told us about John Collins, one of the leading developers of Miami in the late 19th century, and for whom Collins Avenue (on which we were staying) was named. 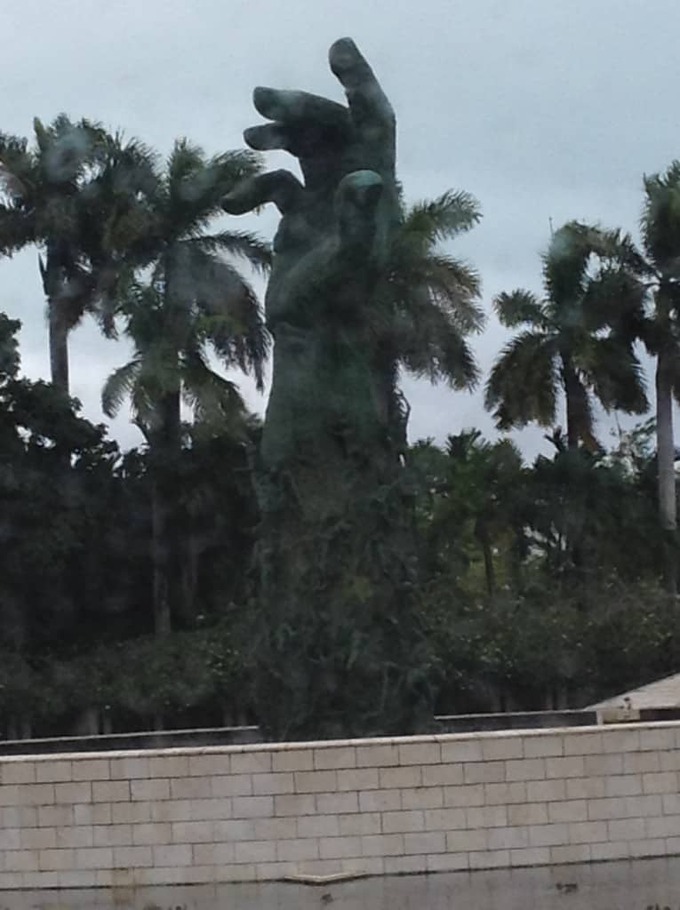 This powerful image draw you to Miami Holocaust Museum.

We didn’t have time to tour the Holocaust Museum, but if this powerful sculpture at the entrance to the museum is indicative of the contents of the exhibits, I have no doubt I will visit at a future time.

We learned that Miami is home to a large Jewish population, and that Temple Emanuel is the largest synagogue in the US.

On the Red Loop tour, we learned that the best Farmers’ Market in Miami is held each Saturday in Coconut Grove from 9 am until 9 pm, with a terrific selection of produce, art, and music. Our brief time in Miami didn’t allow us to visit the Farmer’s Market, but we did take a tour through Coconut Grove and were impressed by the beautiful homes and public architecture of Coral Gables that included the historic Biltmore Hotel. 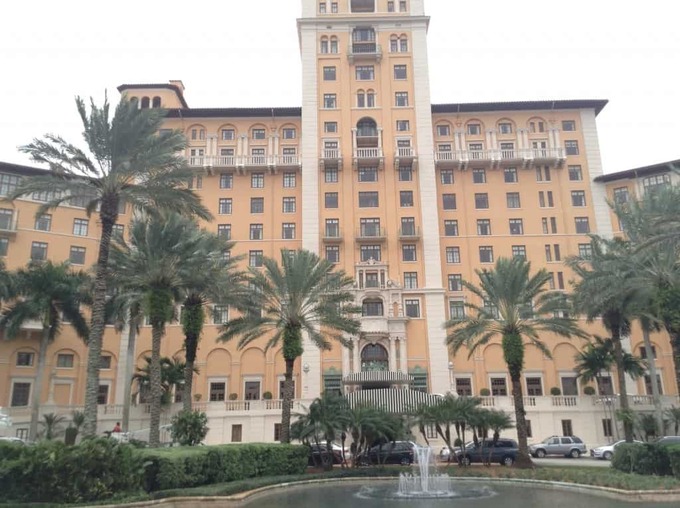 The Biltmore Hotel was built in 1926 and is a landmark of Coral Gables.

The Green Line Tour is the shorter, one-hour route offered by the Big Bus Tour Company which takes you up Biscayne Blvd. to the Bayside Complex of shops and restaurants. We had a terrific lunch with a great view of the marina at the Tradewinds Waterfront Bar & Grill. 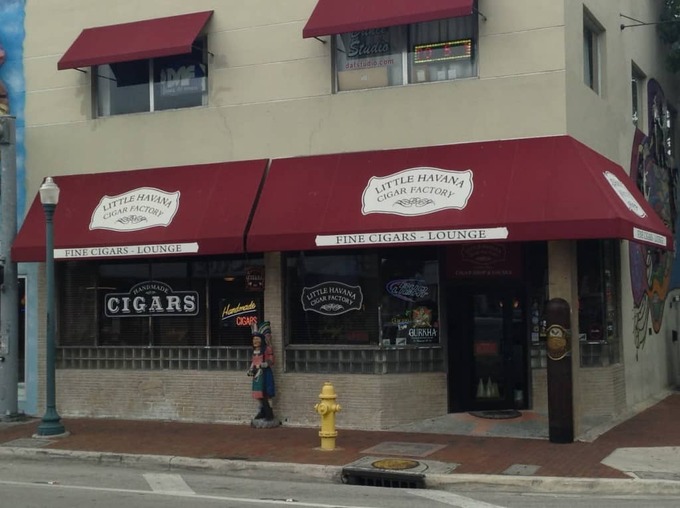 The Red Loop on the Big Bus will take you to Little Havana, where you can buy Cuban cigars.

Given we didn’t have a huge amount of time, being able to ride all three routes in the Big Bus gave us a chance to see a lot, despite the fact that we’d hit a patch of cloudy wet weather for the first part of our stay. Riding the bus was much more comfortable than walking in the rain.

It was sad seeing the old Miami Herald building being demolished, but exciting to learn that a new resort will be built on that site. There is so much new growth in the works for Miami, I can’t wait to return and see more of it!

Have you been to Miami? What were some of your favourite sights? Have you taken a Big Bus Tour of Miami? Let’s talk about sightseeing in this great city.