Although I am a country girl and truly relish in the pleasures of places off the beaten path, I do appreciate the world class amenities and attractions found only in larger cities. I visit Toronto on a fairly regular basis, so in this post, I share with you my increasing appreciation for Canada’s largest city. (And no, it’s not just because Toronto is home to some amazing chocolate personalities!) 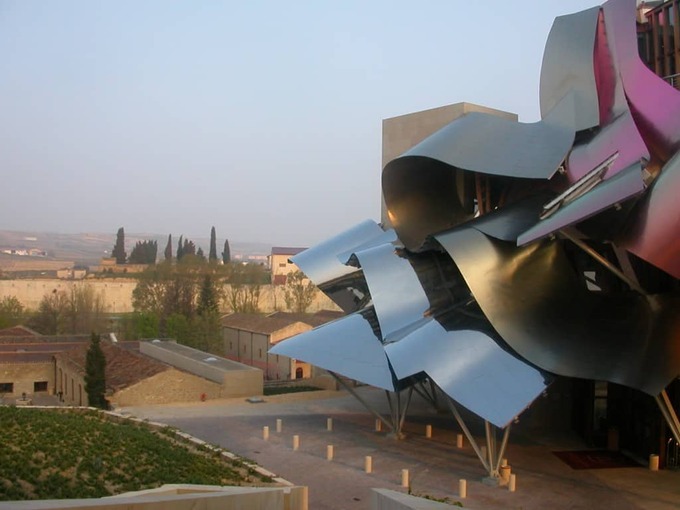 But Gehry’s Canadian achievements are high on my mind these days, as not only has he designed a space-age ice shack at The Forks in Winnipeg, he oversaw a major redesign of the Art Gallery of Ontario several years ago.

Having visited some of the finest galleries of the world including the Guggenheim in Bilbao (also designed by Gehry), the Louvre in Paris, the Prado Museum of Fine Art in Madrid, the Metropolitan Museum of Modern Art in New York City, and Canada’s own National Gallery in Ottawa, I was amazed that it took Frank Gehry to finally get me through the doors of the Art Gallery of Ontario (AGO).

I’ve been coming to Toronto several times a year for meetings since 1999 and had visited many of the city’s fine cultural offerings. But for some reason, it had not occurred to me to venture forth and spend time at the AGO. That is, until legendary Canadian-born architect, Frank O. Gehry put his mark on the facility with a major $276 million expansion unveiled in 2008.

The Gehry-infused transformation of the AGO was six years in the making and multi-faceted in scope. In my opinion, it has been a successful effort to interconnect the worlds of art and architecture in a fashion that is respectful of the community it is serving.

Like most other world class facilities of this nature, The AGO is massive. The addition of 97,000 square feet of newly constructed exhibit space and 190,000 square feet of renovated space, enables visitors to view selections from more than 73,000 works of art housed in the gallery’s permanent collection.

At any given time, you can be inspired by more than 4,000 works on display in any of the 110 galleries within a gallery. The extent of the collection is in itself, reason enough to visit. But for me, it is the Gehry factor that has put the AGO over the top.

I am a huge fan of Gehry, most recently admiring his work on the famous boardwalk in Barcelona, Spain. His architectural designs are awe-inspiring and unquestionably unique. They have won the man and his Los Angeles-based company, Gehry International, Architects, Inc., more than 100 awards from the American Institute of Architects. 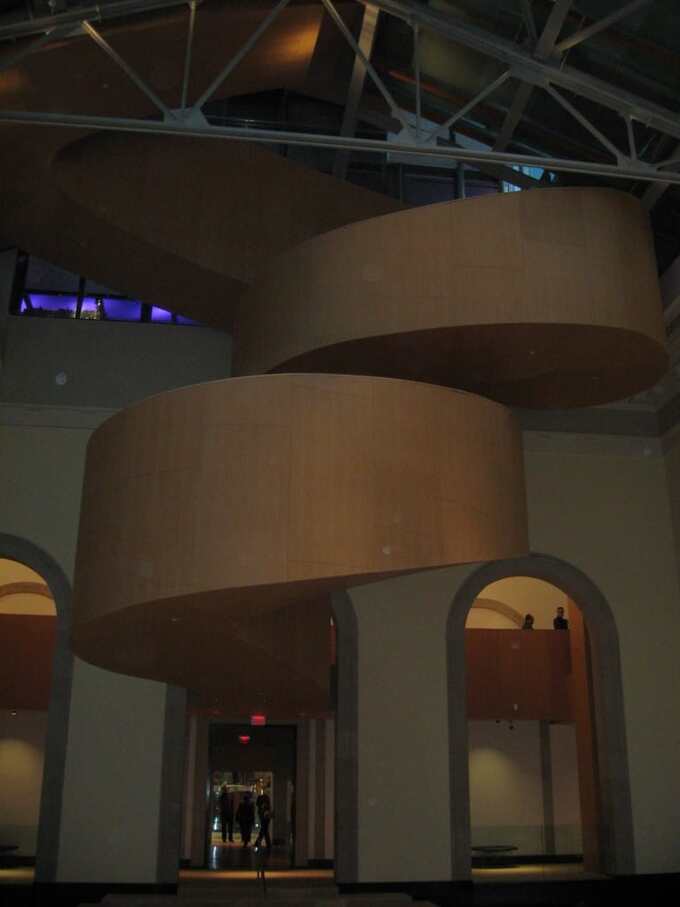 The Gehry-designed spiral staircase at the AGO.

The spiral staircase that greets you upon entering the AGO is in itself, a work of art. Clad with blonde-coloured Douglas fir, the sculptured staircase boasts 138 meandering steps beginning in Walker Court on the second floor of the gallery and reaching to the thought-provoking galleries on the fifth floor.

Galleria Italia at the AGO

Strolling through the Galleria Italia, a magnificent 450-long space created from the marriage of glass and Douglas fir, you will have terrific views of old Dundas Street on one side and a fabulous collection of larger-than-life European sculptures on the other.

As well, if you are a connoisseur of great food, take time to drop in and visit Frank, the Gehry-designed casual yet chic restaurant adorned with comfortable, contemporary Danish furnishings. The Danish-designed cutlery and tableware in the restaurant are apropos to the chic ambience that Gehry’s design brings to the dining space that bears his name. Frank offers a good selection of breakfast, lunch and dinner entrees. But save room for dessert. The baked bittersweet chocolate pudding I had on my last visit is to die for! 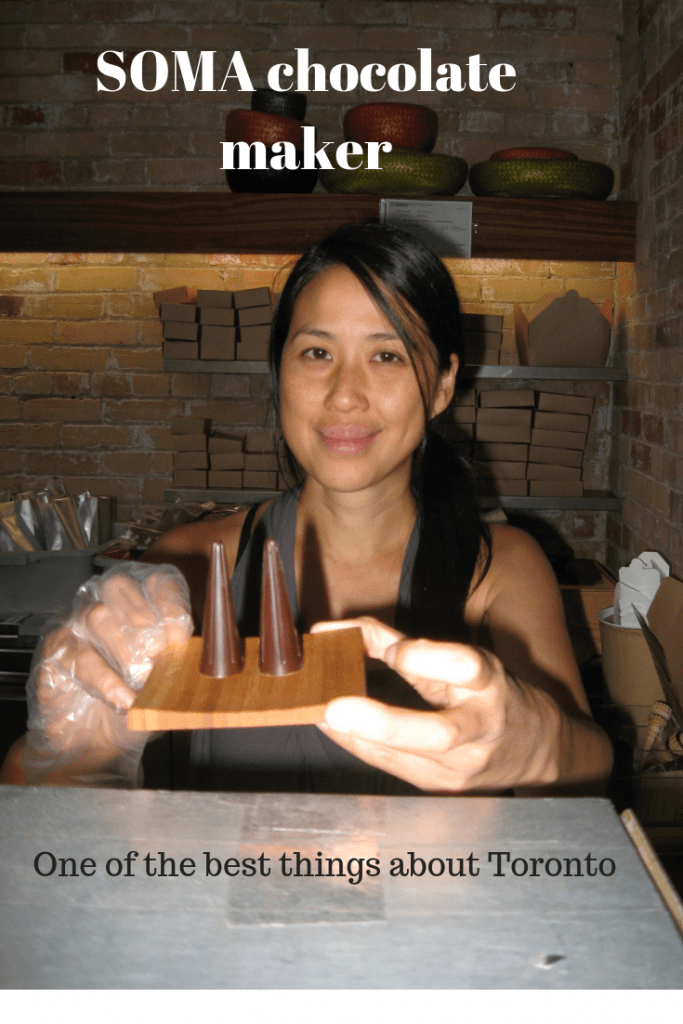 With each visit to Toronto, I learn to appreciate the city more. It has great architecture, a multitude of city parks and beaches, fantastic cuisine, and of course, great chocolate, with SOMA being one of my favourite chocolate makers–not just in Toronto, but in all the world.

What about you? Have you been to the AGO? Were you impressed with Gehry’s transformation of the gallery? Have you explored Toronto’s downtown and some of its neighbourhoods?