It was believed that humans first began consuming cacao in Mesoamerica approximately 3,500 years ago. But a recent discovery made in burial grounds in the South Ecuadorian region known as Mayo-Chinchipe has uncovered pottery dating back 5,400 years that contains fragments of chocolate DNA. This news confirms suspicions that Theobroma cacao (the official name of the cocoa tree) was indeed domesticated and consumed in South America prior to its migration into Mesoamerica (what is now known as Central America and Mexico.) How exciting for Ecuador, as there is such tremendous chocolate now being made in this South American country–primarily from Nacional cocoa beans–thought by many to be the finest cocoa in the world. 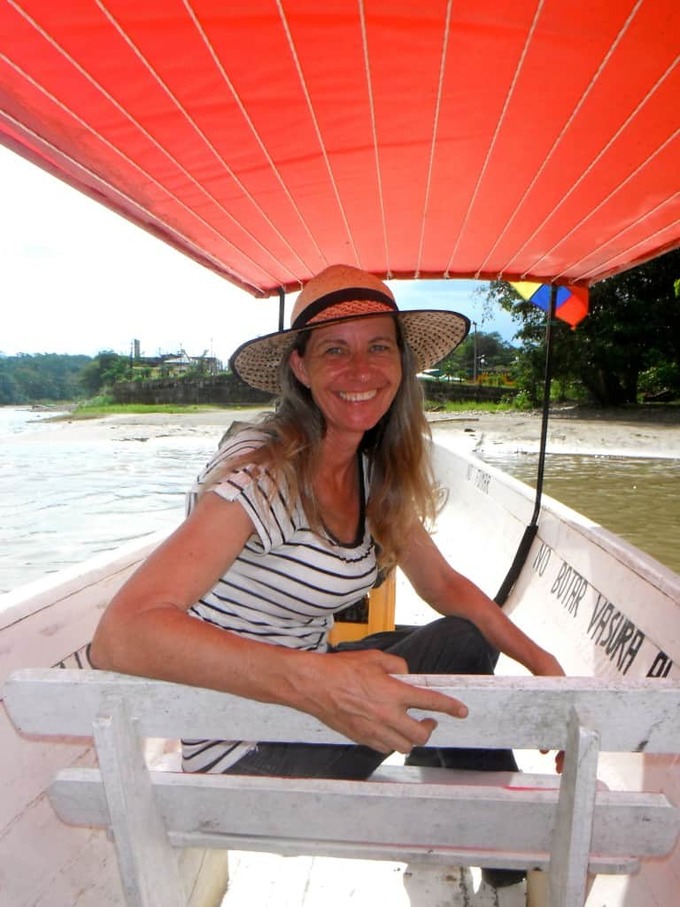 I first met Elizabeth Hendley, a fellow Canadian originally from Ontario, Canada, in 2012, when she invited my friend and I to travel with her down the Napo River (an Amazon tributary) to her cacao plantation and lodge in Misahualli, Ecuador, to discover the excellence of Ecuadorian cocoa.

I met Elizabeth Hendley–a Canadian who has grown cacao and championed the quality of Nacional cocoa more than anyone else I’ve ever met in my chocolate travels–when I visited her plantation and chocolate lodge back in 2012. It was through Elizabeth that I visited Kallari (run by the indigenous Kichwa people) and learned of Pacari (a socially responsible family-run business based in Quito,) two well-respected makers of award-winning Ecuadorian chocolate. 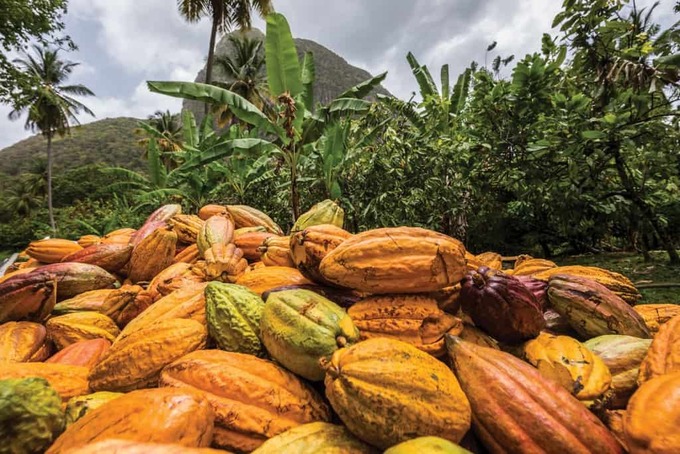 You will find that cocoa tastes differently, depending where in the world it is grown. This is called the terroir of chocolate.

Nacional cacao is one of the 10 major genetically different groups of cacao grown in the world and is found primarily in Ecuador. It was first thought there were only three main varietals of cacao. But recent research has now identified 10 strains. Amelonado is found in the Dominican Republic and grown by chocolate maker SPAGnVOLA. Marañón is the high grade cacao grown in the Eastern Andes region of Peru. Criollo is the premium varietal grown in much of Central America and Mexico. You may recall this post on the well-run Belcolade operation I visited in Tikul, Mexico, where Criollo is king. But I digress. The primary reason for this post is to celebrate one of the finest companies making chocolate in Ecuador, and to alert you to some of the other players in the country who are using the Nacional beans.

ecuador chocolate has many personalities 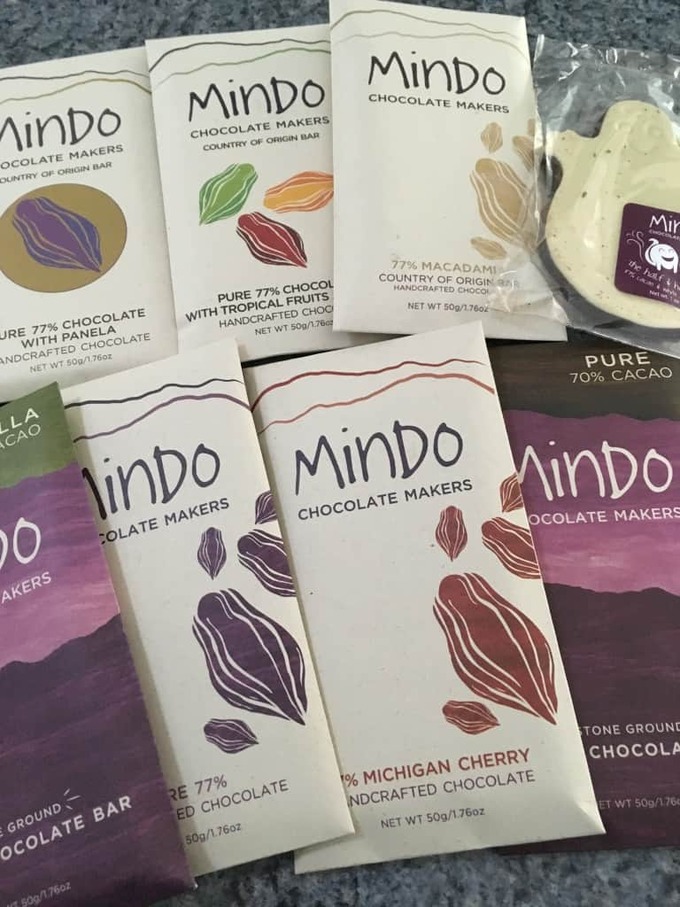 It was interesting to see that my taste testers enjoyed the rustic stone ground chocolate even more than the silky smooth handcrafted Mindo bars.

Up until recently, I didn’t think I was a huge fan of Ecuadorian cacao. There is no doubt that most of it is better than good, but Mindo Chocolate is great–at a very modest price. Mindo exclusively uses Nacional cocoa that is grown on family farms in the Mindo region northwest of Quito in the western Andes. (We were supposed to get there in 2012, but the roads had been washed out due to excessive rain.) Well, Mindo made its way to me in 2018, and I’m glad they did! The flavour of this chocolate is exquisite. And Mindo Chocolate Makers show their skill at making both a rustic stone ground bar (carefully crafted at the chocolate studio in Dexter, Michigan, USA) and a super smooth series of single origin bars that are crafted right in Mindo, Ecuador, where the organic high-grade cocoa is grown. 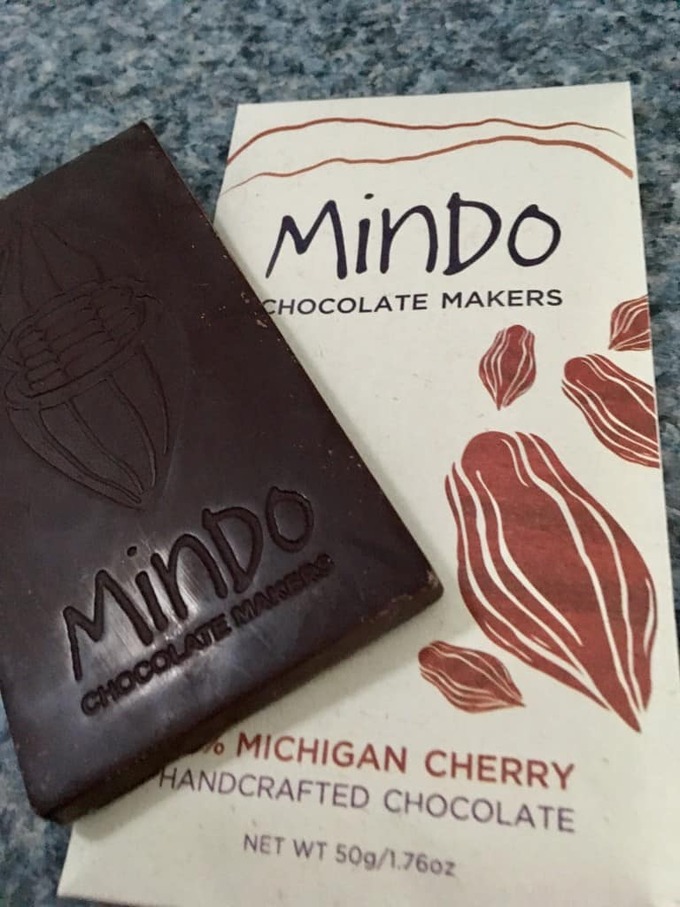 I love this Mindo bar with Michigan Cherries that celebrates the cocoa from their Ecuadorian home and the deep dark cherries grown near their American home.

Another Ecuador-based company making chocolate from the locally grown Nacional beans is To’ak Chocolate. This is a luxury brand that is marketed in a very unique way. 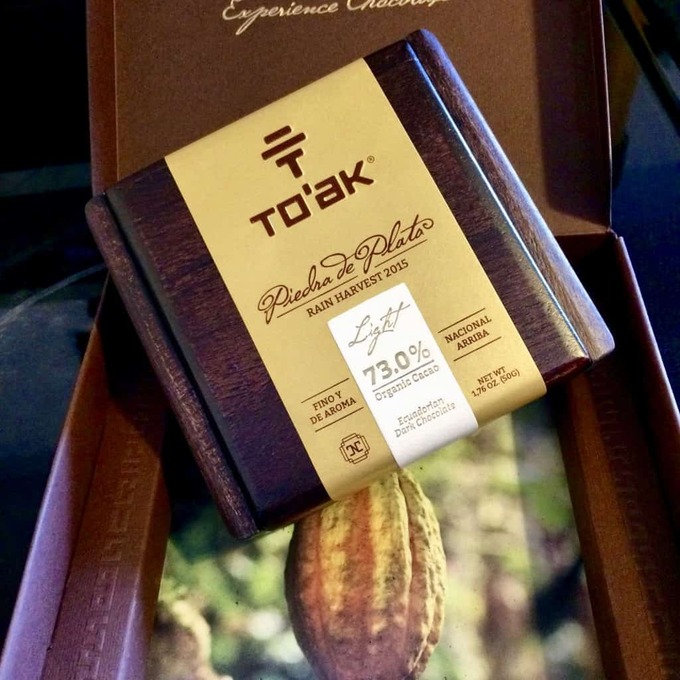 To’ak Chocolate comes in a box made of Spanish Elm, accompanied by a full-colour booklet that explains about Ecuador’s Arriba Nacional cacao, and what makes To’ak Chocolate unique. Nacional is the type of cacao. Arriba refers to the fact that the beans are grown in the in Piedra de Plata region of Ecuador. 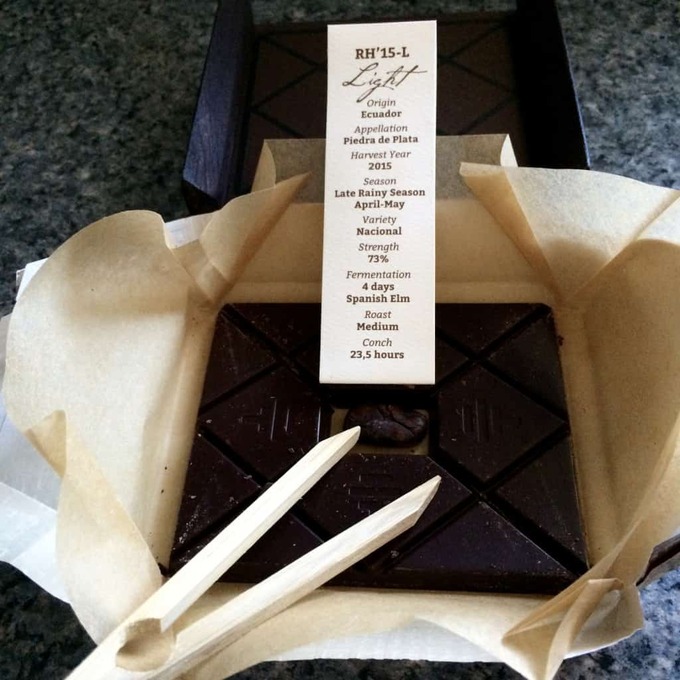 To’ak Chocolate from Ecuador is presented in a Spanish Elm box with wooden tweezers so that the oils from your fingers don’t alter the flavour of the chocolate. I really enjoyed the 73% ‘Light’ Rain Harvest chocolate made by To’ak. But is it worth $270 USD for the 50-gram tile of chocolate?

Would you spend roughly $300 on a ‘chocolate experience’? Yes, To’ak makes good socially-responsible chocolate that is presented in a luxurious fashion. But only one percent of the sales are donated to the Ecuador-based rainforest conservation foundation–the Third Millennium Alliance. That does make me wonder where the remainder of the profits are going, as I believe that all of the other Ecuadorian chocolate companies I’ve mentioned also operate within the socially responsible sustainable model.

I hope you’ve enjoyed this post about the various faces of chocolate in Ecuador. You decide which one is right for you.